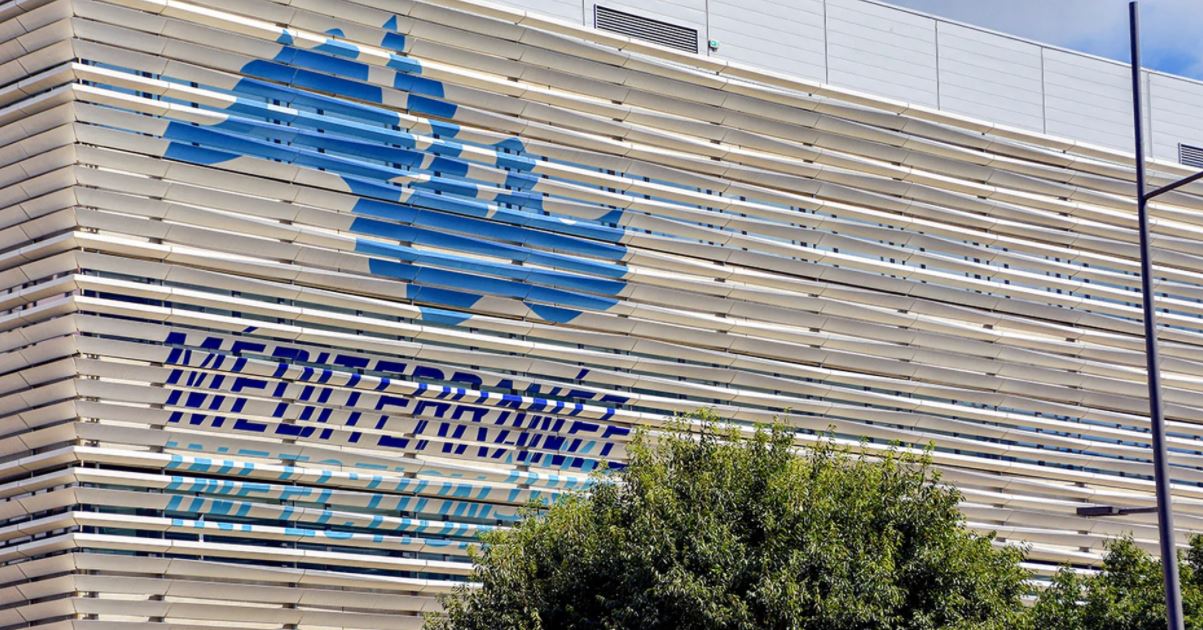 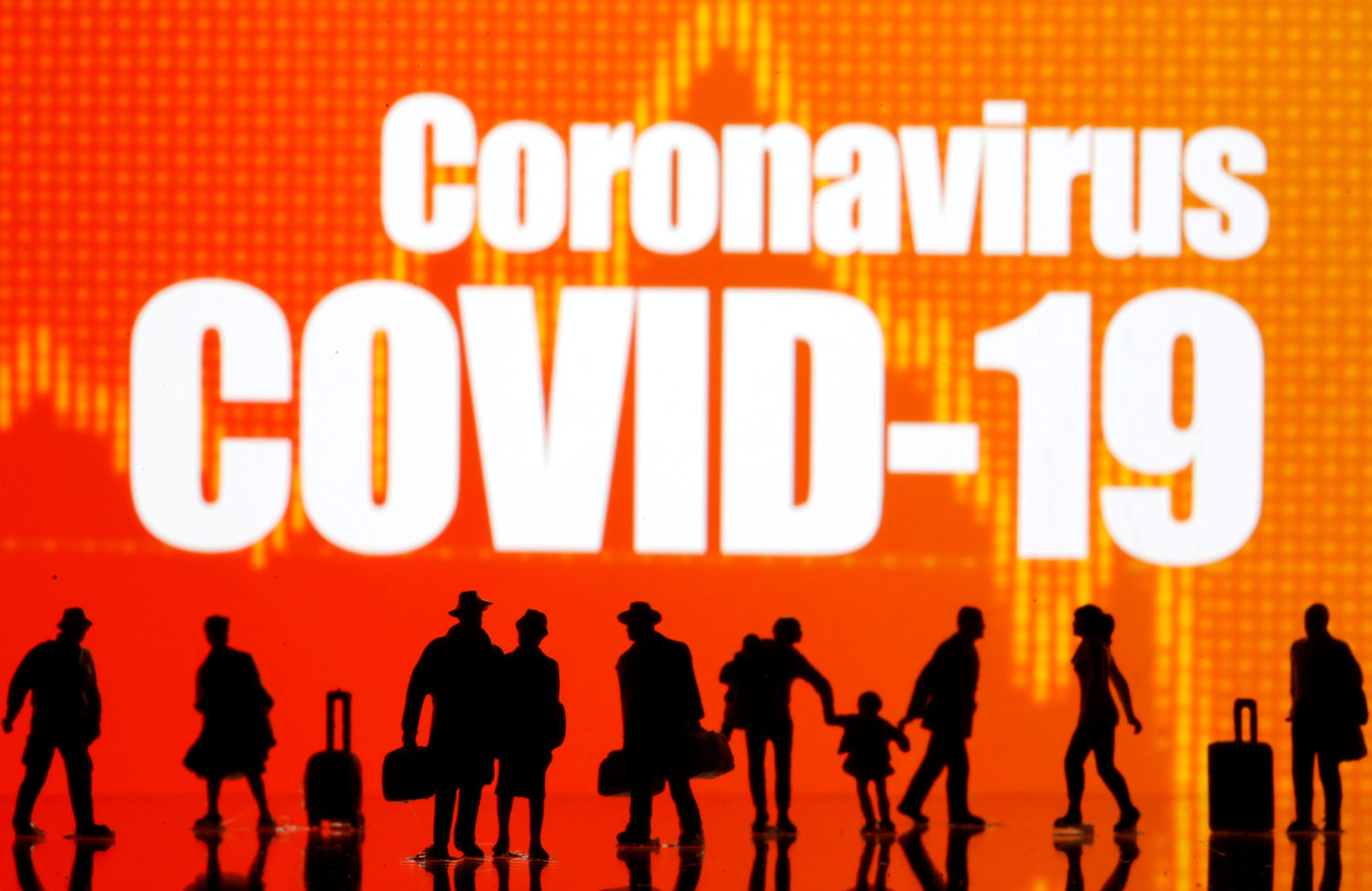 (Reuters) – A new coronavirus variant that shares some similarities with a more transmissible and intractable variant discovered in South Africa is on the rise in New York City, researchers said on Wednesday.

The new variant, known as B.1.526, was first identified in samples collected in New York in November, and by mid-February represented about 12% of cases, researchers at Columbia University Vagelos College of Physicians and Surgeons, said on Wednesday.

The variant was also described in research originally published online February 15 by California Institute of Technology scientists. Neither study has been reviewed by outside experts.

The Columbia researchers said an analysis of publicly available databases did not show a high prevalence of coronavirus variants recently identified in South Africa and Brazil in case samples from New York City and surrounding areas.

“Instead we found high numbers of this home-grown lineage,” Dr. Anne-Catrin Uhlemann, assistant professor in the division of infectious diseases at Columbia University’s College of Physicians and Surgeons, said in a statement.

The Columbia study was designed to search genomes from patient samples for mutations associated with worrisome British, South African and Brazilian virus variants. One mutation, E484K, in a genome region encoding the virus receptor binding domain, has been shown to be an escape mutation that greatly reduces the effectiveness of monoclonal and vaccine-induced antibodies.

Of the 65 virus samples containing the E484K mutation Ho’s team identified, a handful represented cases involving the known concerning variants, but 49 of the 65 belonged to the new New York B.1.526 lineage.

Studies have shown that recently launched coronavirus vaccines are still likely to neutralize the virus and protect against severe illness, even for infections with new variants. Vaccine makers are also working to develop booster shots to combat mutated versions of the virus. 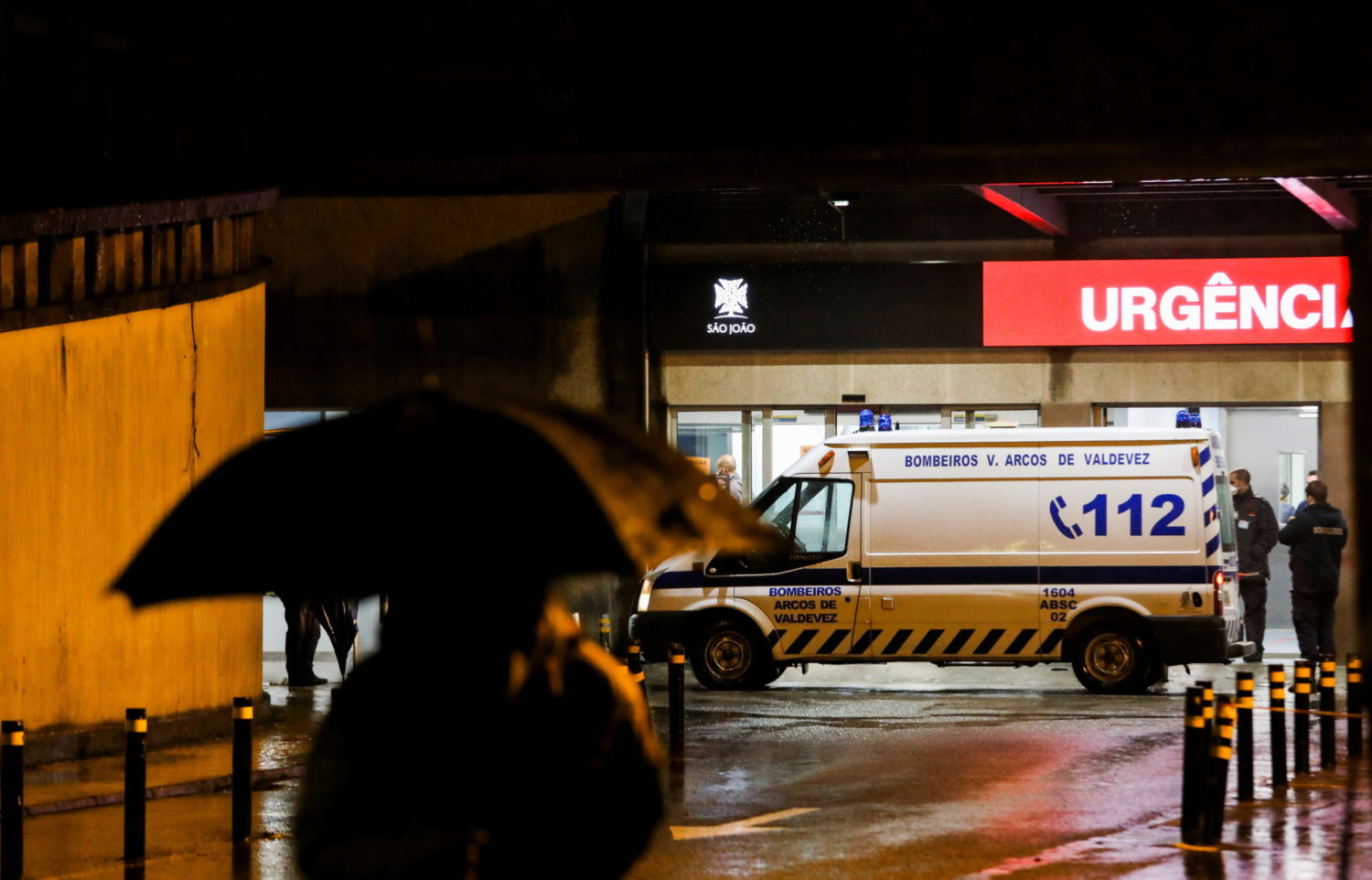 By Catarina Demony and Miguel Pereira

LISBON (Reuters) – While the number of COVID-19 cases in Portugal is falling, the the far slower decline in hospitalizations and intensive care patients has left Lisbon residents resigned to the nationwide lockdown lasting for many more weeks.

“I’m a bit optimistic but we cannot think everything is fine,” said Ana Maria, 76, as she walked around a Lisbon neighborhood. “People must continue to be careful. The lockdown should continue for a bit longer so that we can get rid of this once and for all.”

Portugal, a nation of just over 10 million people, faced its toughest battle against the coronavirus pandemic last month. For weeks it had the world’s worst surge.

The nightmare has eased with the lockdown, with daily case and death tolls falling rapidly to just 63 deaths and 1,032 new cases on Tuesday – levels last seen in October when businesses were still open.

But the number of people in hospital remains around double the level authorities say must be reached to alleviate measures. A lockdown put in place on Jan. 15, shutting non-essential services and schools, is expected to last until at least the end of March.

“It is going well but the lockdown isn’t going to end for now,” Antonio Formiga, 58, said as he stood outside the bakery where he works. “We thought it would even if at a slower pace. We really need it (to end) because the business is reaching its limit.”

Health experts warned that lifting the lockdown too soon could lead to a rise in cases caused by the variant initially discovered in Britain, currently responsible for almost half of the country’s cases.

Another surge would be catastrophic for a fragile health system.

Germany sent on Tuesday a replacement team of military doctors and nurses to take over from the first deployment sent three weeks ago to prop up Lisbon’s under resourced hospitals.

“The costs of this endeavor are high but when it comes to European solidarity that’s unimportant,” German Ambassador Martin Ney said at the military base. 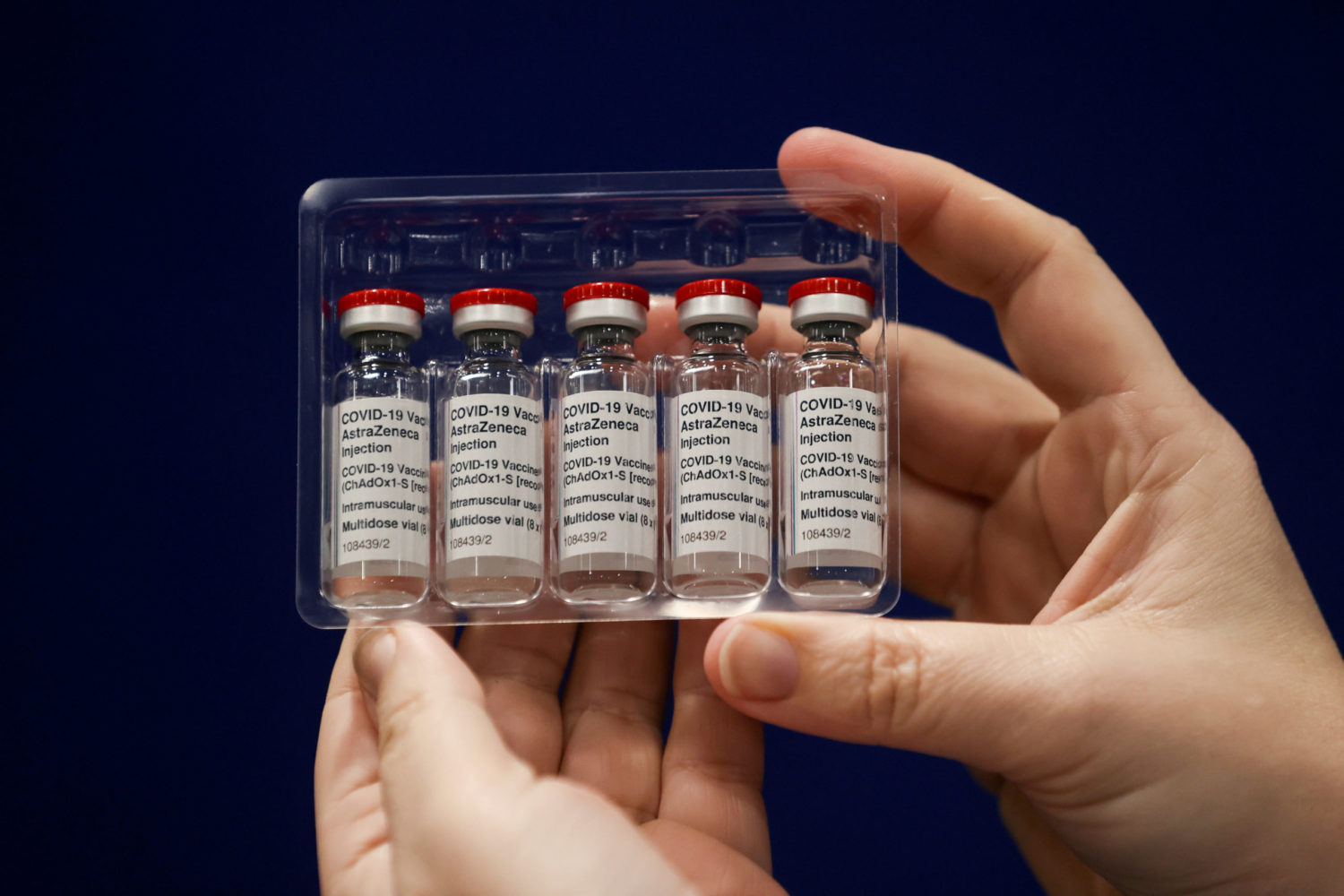 By Guy Faulconbridge and Kate Holton

LONDON (Reuters) – Western governments rushed to offer support for the AstraZeneca COVID-19 vaccination after South Africa halted its roll-out when research showed it offered minimal protection against mild infection from a variant spreading there.

The arrival of vaccines has given hope that scientists can tame a pandemic that has killed 2.3 million people worldwide. But if vaccines are less effective against new variants, they may need to be tweaked and people may need booster shots.

South Africa announced its pause after researchers from the University of Witwatersrand and the University of Oxford found that the AstraZeneca vaccine provided only minimal protection against mild or moderate infection from the B.1.351 variant, now the dominant form of the virus in that country.

The research is not yet peer reviewed and did not provide data on older people most likely to die or need hospitalization. There was no data on whether the vaccine would prevent severe illness, and researchers said that was still possible.

“This study confirms that the pandemic coronavirus will find ways to continue to spread in vaccinated populations, as expected,” said Andrew Pollard, chief investigator on the Oxford vaccine trial.

“But, taken with the promising results from other studies in South Africa using a similar viral vector, vaccines may continue to ease the toll on health care systems by preventing severe disease.”

French Health Minister Olivier Veran voiced support for the AstraZeneca vaccine, arguing it provided sufficient protection against “nearly all the variants” of the virus.

Britain and Australia urged calm, citing evidence that the vaccines prevented grave illness and death, while AstraZeneca said it believed its vaccine could protect against severe disease.

“We think that both the vaccines that we’re currently using are effective in, as I say, in stopping serious disease and death,” British Prime Minister Boris Johnson told reporters. Britain also uses the Pfizer shot.

“We also think in particular in the case of the Oxford AstraZeneca vaccine that there’s good evidence that it is stopping transmission, as well, I think 67% reduction in transmission.”

Australia is expected approve the use of the AstraZeneca vaccine within days and expressed confidence in it.

“There is currently no evidence to indicate a reduction in the effectiveness of either the AstraZeneca or Pfizer vaccines in preventing severe disease and death. That is the fundamental task, to protect the health,” Health Minister Greg Hunt said.

But if vaccines do not work as effectively as hoped against new and emerging variants, then the world could be facing a much longer – and more expensive – battle against the virus than previously thought.

The AstraZeneca vaccine was the big hope for Africa as it is cheap and easy to store and transport. South Africa, which had hoped to roll out the AstraZeneca shot this month, is storing around 1 million doses it has received from the Serum Institute of India.

Austria warned against non-essential travel to its Alpine province of Tyrol because of an outbreak of the South African variant there. Cases were also detected north of Paris, forcing one school to close.

An analysis of infections by the South African variant showed there was only a 22% lower risk of developing mild-to-moderate COVID-19, more than 14 days after being vaccinated with the AstraZeneca shot, versus those given a placebo.

Protection against moderate-severe disease, hospitalization or death could not be assessed in the study of around 2,000 volunteers who had a median age of 31, as the target population were at such low risk.

Professor Shabir Madhi, lead investigator on the AstraZeneca trial in South Africa, said the vaccine’s similarity to another produced by Johnson & Johnson, which reduced severe disease by 85%, suggested it would still prevent serious illness or death.

“There’s still some hope that the AstraZeneca vaccine might well perform as well as the Johnson & Johnson vaccine in a different age group demographic that I address of severe disease,” he told BBC radio.

Sarah Gilbert, professor of vaccinology at the University of Oxford, said efforts were under way to develop a new generation of booster shot vaccines that will allow protection against emerging variants.

“This is the same issue that is faced by all of the vaccine developers, and we will continue to monitor the emergence of new variants that arise in readiness for a future strain change.”