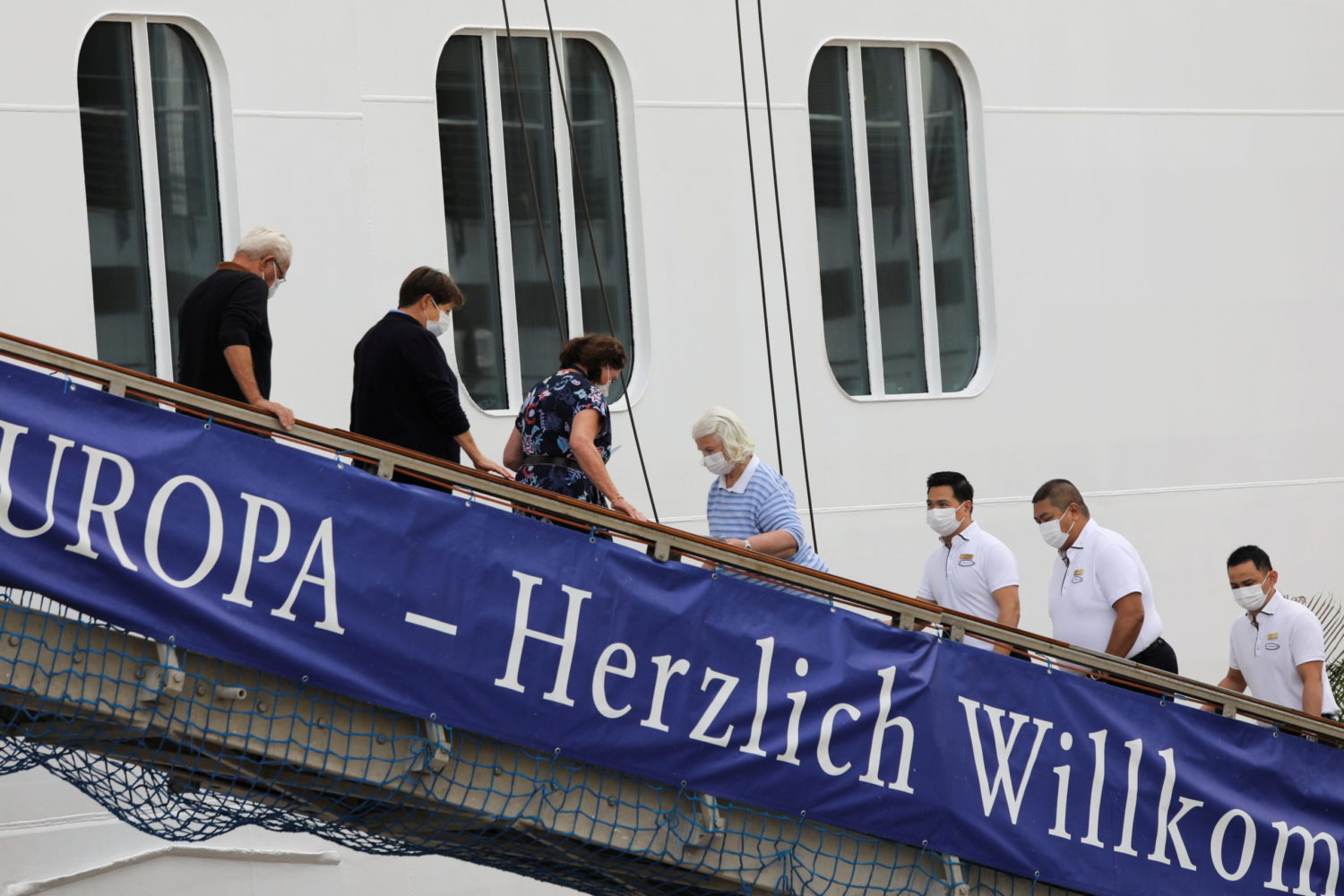 LONDON/BRUSSELS/SINGAPORE (Reuters) – Governments around the world are urgently scouring databases for recent cases of COVID-19 infections, screening travelers and decoding the viral genomes of the new variant as they try to measure how far it has spread.

The pace of the work highlights the pressure on governments and public health authorities to decide quickly whether they need to take unpopular, economically damaging steps to curb Omicron’s spread.

Data shows it was circulating before it was officially identified in southern Africa last week and it has since been detected in more than a dozen countries. Work to establish if it is more infectious, deadly or evades vaccines will take weeks.

Britain and other major economies banned flights to and from southern Africa just days after the variant was first detected, roiling global financial markets and stirring worries about the economic damage.

The speed of the action is in stark contrast to the emergence of other variants – when the first samples of the Alpha variant were documented in Britain in September 2020, the government spent months gathering data and assessing its potential danger before imposing a nationwide lockdown in December.

It took the World Health Organization (WHO) months to designate it a variant of concern – its highest level.

Soon after detecting its first Omicron case on Friday, Israel announced it would buy 10 million more PCR kits that can detect the variant in an effort to contain its spread. It shut its borders to foreigners from all countries on Saturday.

Scotland and Singapore are scrambling to check tens of thousands of recent positive cases for signs of the variant they may have missed and the United States is enhancing its COVID-19 surveillance to distinguish domestic cases of the Omicron variant from the still-dominant Delta.

The European Union’s health commissioner has urged member states to boost efforts to detect mutations, as some still lag behind almost two years into the pandemic.

The bloc has now confirmed 42 cases in 10 countries.

“Certain Member States lag behind considerably in terms of this crucial dimension,” Stella Kyriakides said in a letter seen by Reuters to health ministers of the 27 EU countries.

“Already faced with a challenging winter due to the high transmissibility of the Delta variant (…) we may now experience further or additional pressures because of the appearance of the Omicron variant,” she wrote.

ALL ABOUT THE S-GENE

Most PCR tests cannot distinguish Omicron from the Delta variant, the dominant and most infectious version of the virus so far.

To distinguish Omicron from Delta, the PCR test must be able to identify a mutation in Omicron known as the S-gene drop-out or S-gene target failure (SGTF).

It is not a fail-safe because the Alpha variant, first identified in Britain, also has that mutation.

Given that Alpha is no longer widely circulating, the presence of the S-gene dropout suggests the sample is positive for Omicron and alerts the lab to send the sample for genome sequencing for confirmation.

If local PCR tests cannot identify this mutation, then randomly selected PCR swab samples must undergo genome sequencing, which can take up to a week.

The WHO has said that widely available tests are able to detect individuals infected with any variant, including Omicron.

However, it has so far only recommended the TaqPath test produced by U.S. firm Thermo Fisher as a proxy.

It’s not clear if countries will buy kits due to the unique characteristic of the test. Singapore is considering buying more, although no decision has yet been made, Kenneth Mak, the health ministry’s director of medical services, told Reuters.

Thermo Fisher has said it is prepared to increase production to meet demand from countries in Africa and elsewhere as they work to track the spread of the new variant.

Within a day of the variant being identified, Israel started checking for the S-Gene in all positive tests taken from travelers arriving at the main Ben Gurion airport, Israel’s head of public health at the Health Ministry, Sharon Alroy-Preis, told Parliament on Sunday.

Now, its labs monitor for that mutation in all tests nationwide and when a positive PCR test indicates SGTF, the sample is taken for further sequencing, the health ministry said.

Most U.S. labs will be using the TaqPath test, Scott Becker, chief executive of the Association of Public Health Laboratories (APHL), a network of state and municipal public health laboratories, told Reuters.

QUIRKS OF THE VARIANT

Out of the 150,000 positive tests going back a month assessed in Belgium, 47 had S-gene drop-out and a high viral load. Only one of them was Omicron, according to Marc Van Rast, one of the virologists who parsed the samples.

The Scottish authorities have gone through swabs back to Nov. 1 to help in discover nine cases of Omicron, all linked to the same event.

They have found that around Nov. 16, S-gene target failure had started appearing in the tests again, a week before South Africa and Botswana identified the new variant. That feature has helped to direct genomic sequencing, as it did when Alpha emerged.

“That is one of the quirks of this particular variant that we can use to our advantage,” Gregor Smith, Scotland’s chief medical officer, said on Monday.

It means the government can start estimating how prevalent the new variant may be, identify people who may need to get tested again and which samples need to be prioritized for further decoding in labs, Smith said.

“It’s the best method that we have to be able to identify cases at this point in time.”