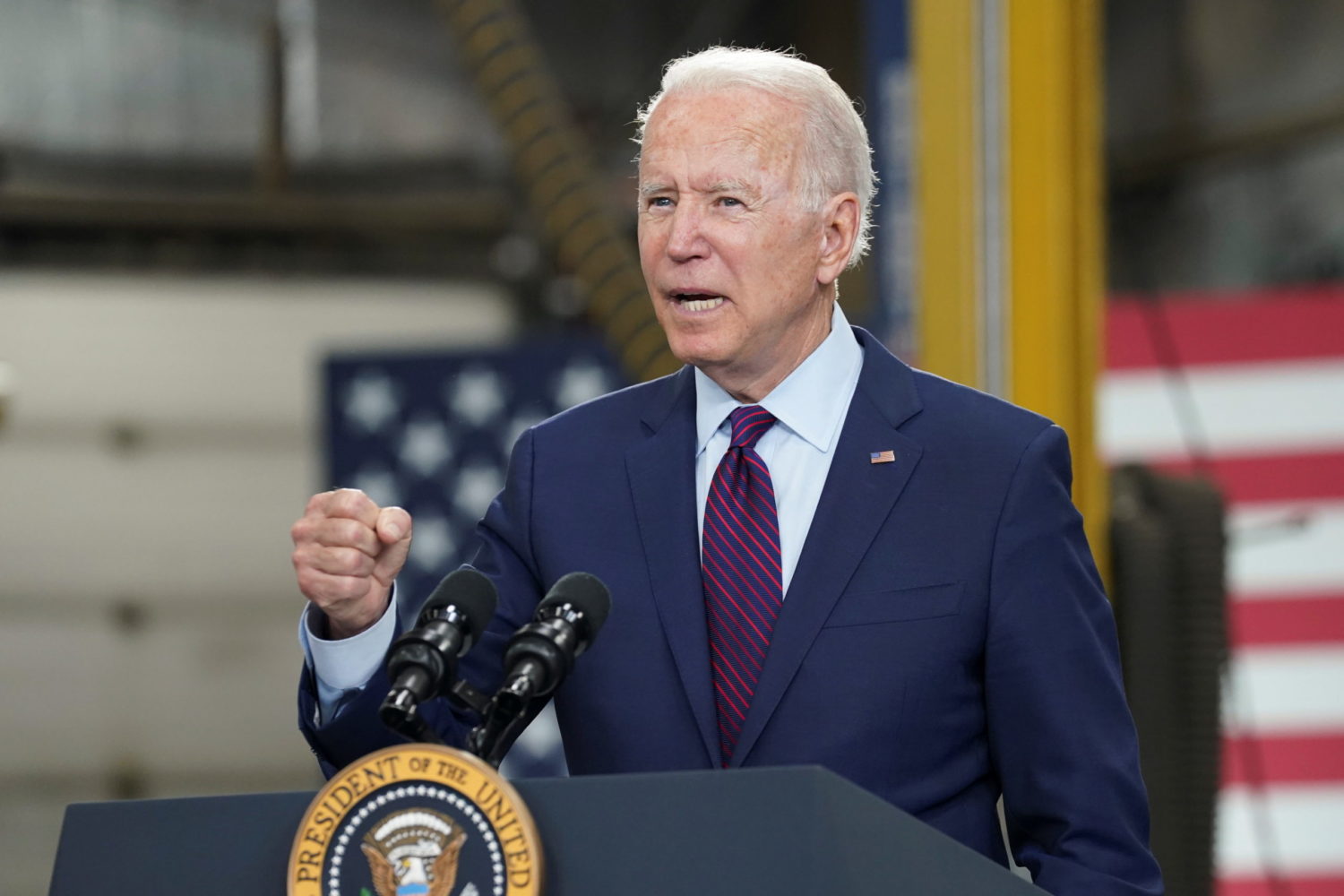 WASHINGTON (Reuters) – President Joe Biden heads to Capitol Hill on Wednesday to make the case for his sweeping, two-track infrastructure initiative, a day after leading Senate Democrats agreed on a $3.5 trillion plan billed as the biggest boost in decades for U.S. families.

Biden is due to attend a 12:45 p.m. (1645 GMT) lunch in the Capitol, where he is expected to urge his fellow Democrats in the Senate to back both a $1.2 trillion bipartisan infrastructure deal to rebuild America’s roads and bridges, and a larger reconciliation package that also addresses climate change and the need for stronger social services.

“The president looks forward to returning to Capitol Hill, a place he spent 36 years as a member of the Senate,” a White House official said, speaking on condition of anonymity. “He will continue making the case for the dual-track approach that will build the economy back better with key investments in not just our nation’s infrastructure, but our efforts to protect our climate, to prepare the next generation of workers and to support middle-class families.”

Democrats face a tricky path ahead in passing the two measures through a narrowly divided Congress. They will need the support of all 50 of their Senators – plus Vice President Kamala Harris’ tie-breaking vote to pass the $3.5 trillion over Republican opposition. Republicans in Congress have already warned that the separate Democrats-only plan could lead them to vote against the $1.2 trillion bipartisan plan.

Even if they pass the Senate, both measures would also need to make it through the House of Representatives before going to Biden’s desk.

Sanders’ support could help build support among progressive Democrats, some of whom had pushed for a bigger package.

“You add that to the $600 billion in a bipartisan plan and you get to $4.1 trillion, which is very, very close to what President Biden has asked us for,” Schumer said, referring to the $3.5 trillion Democrats-only deal.

But Senate approval for both packages face hurdles, including possible reluctance by moderates such as Democratic Senator Joe Manchin to support the larger reconciliation agreement.

The Senate’s 50 Republicans are not expected to back the broader infrastructure effort, which would undo Republican then-President Donald Trump’s 2017 tax cuts by raising taxes on U.S. corporations and wealthy individuals.

Asked about the Democrats’ deal on Wednesday, Republican Senator Mitt Romney said in a brief interview in the Capitol, it was: “Stunning. It’s a shocking figure, particularly at a time when the economy is already heating. It seems that our Democrat friends may have lost their bearings.”

Asked if it could pose a problem for the bipartisan infrastructure bill he is working on, Romney replied it was hard to predict. “But it obviously changes the dynamics.”

An absence of Republican support would leave Democrats to pursue passage on their own under a budget “reconciliation” process that sidesteps a rule requiring at least 60 votes to advance legislation in the 100-member chamber.