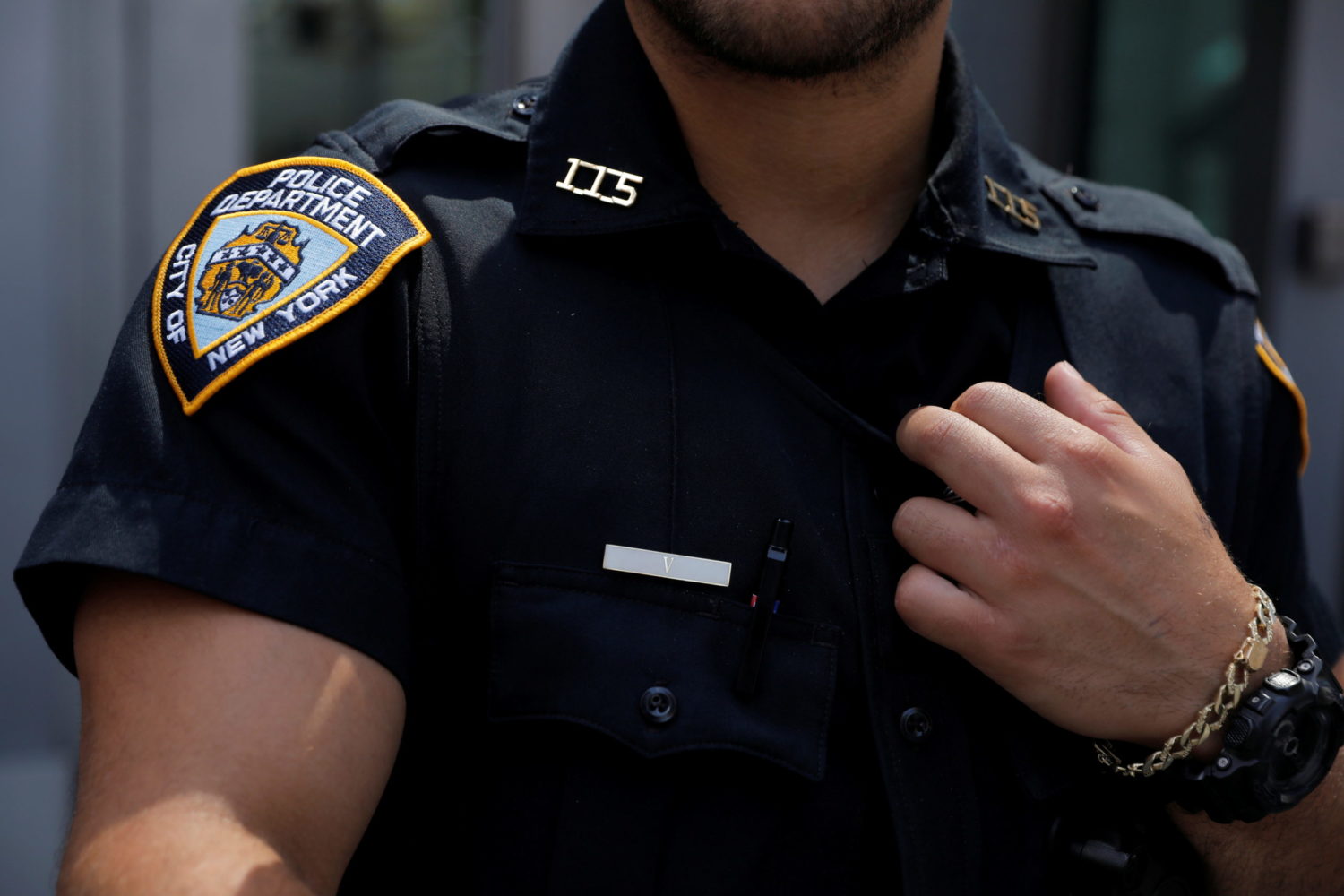 By Tyler Clifford and Barbara Goldberg

NEW YORK (Reuters) – New York City’s 36,000 police officers now have a simple choice: either get vaccinated against coronavirus or wear masks at all times while on duty.

The department issued the bulletin spelling out the order earlier this week, said Sergeant Edward Riley, an NYPD spokesman. The order came in response to a lagging vaccination rate among NYPD officers at a time when the Delta variant has fueled a surge of COVID-19 infections and hospitalizations across the country.

Among New York police officers, the current vaccination rate is about 47%, Riley said in an emailed response to questions from Reuters. That falls well short of the 68% rate for all adult New Yorkers who are fully vaccinated, according to city data.

“Since vaccinations became available we have encouraged our employees, especially those who have contact with the public, to get vaccinated,” Riley said, adding that the order also applies to civilian employees of the department.

All members of the force are required to wear a face covering when interacting with the public, regardless of vaccination status, the order said.

Several officers, all unmasked, were seen patrolling outside an NYPD precinct in the Harlem neighborhood of Manhattan just before noon on Thursday. They declined to comment to Reuters when asked for their thoughts on the order.

Two of the officers stood about a dozen feet away from a masked civilian who was airing grievances about property that was allegedly confiscated.

The NYPD bulletin said “appropriate disciplinary action will be taken for unvaccinated members found not wearing a face covering when required.” But it did not specify possible punishments.

Police unions that represent NYPD members, including the Police Benevolent Association of the City of New York, did not immediately respond to a Reuters request for comment.

The United States recorded more than 1,000 coronavirus deaths on Wednesday, the second time in as many days the daily tally has crossed that threshold, according to data compiled by Reuters. The country last reported that many daily deaths in March.

With Wednesday’s count, the United States has averaged more than 800 deaths daily in the past seven days, a stretch not seen since April. Hospitalizations are at the highest since February.

The NYPD, which has had 59 police officers die of COVID-19 since the start of the pandemic, is not the only police department that is requiring vaccinations for its officers.

In Denver, Mayor Michael Hancock set a deadline of Sept. 30 for full vaccination for all city employees, including police officers. Masks are optional only for those granted a medical or religious exemption, Kelli Christensen, Denver Department of Public Safety spokeswoman, said in an email.

In the small Midwest town of Venice, Illinois, population 1,890, the entire police force has been infected with the virus and all six full-time officers are quarantining, KMOV4 reported.

“My chief even has COVID-19 and he’s sounding terrible,” Mayor Tyrone Echols told the news station.

The Venice Police Department declined to comment to Reuters and the Madison County Sheriff’s Department, which is reportedly covering the area while the local officers are in quarantine, did not immediately respond to a request for comment.