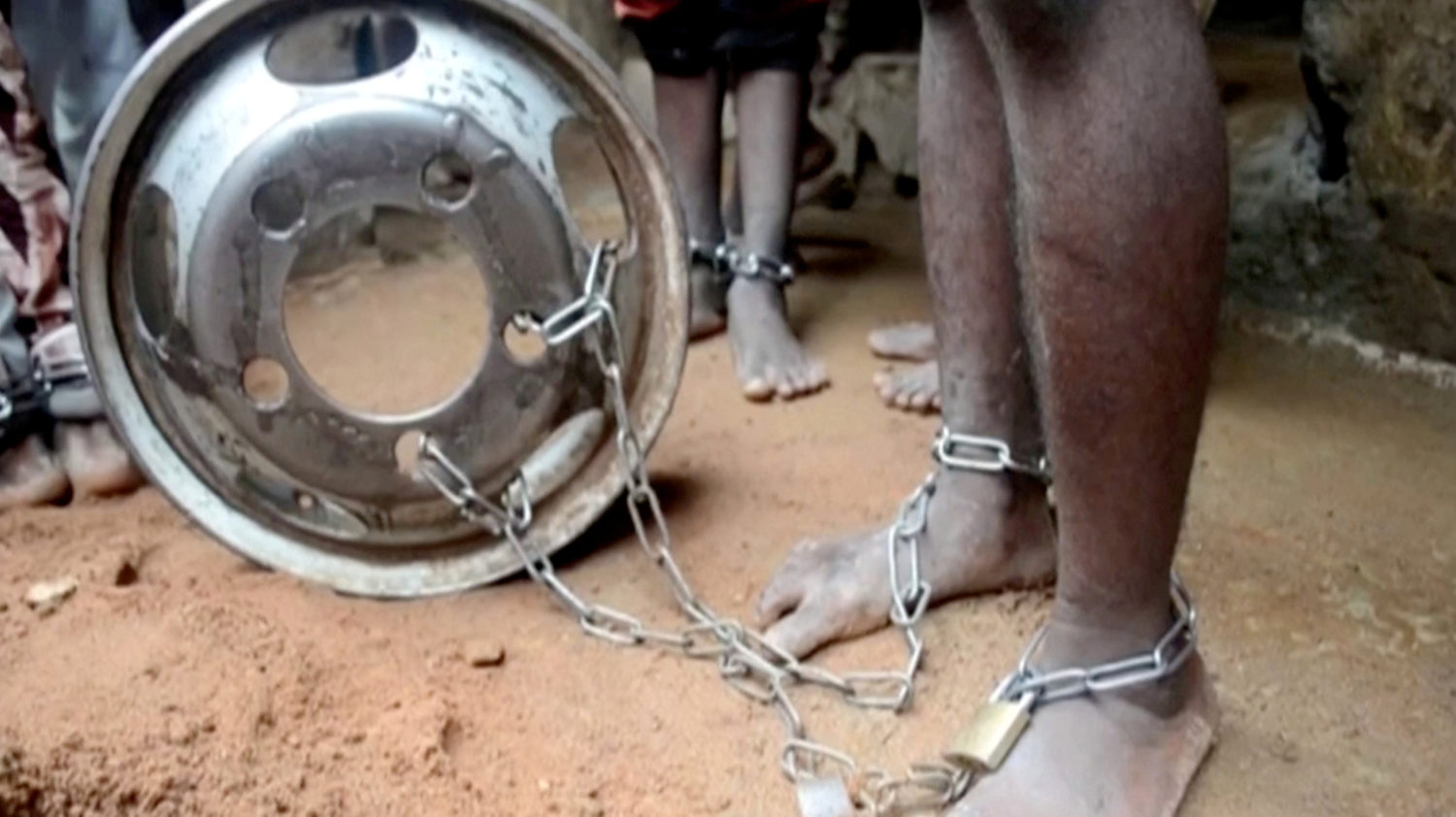 By Garba Muhammad and Bosun Yakusak

KADUNA, Nigeria (Reuters) – More than 300 boys and men, some as young as five and many in chains and bearing scars from beatings, have been rescued in a raid on a building that purported to be an Islamic school in northern Nigeria, police said on Friday.

Most of the freed captives seen by a Reuters reporter in the city of Kaduna were children, aged up to their late teens. Some shuffled with their ankles manacled and others were chained by their legs to large metal wheels to prevent escape.

One boy, held by the hand by a police officer as he walked unsteadily, had sores visible on his back that appeared consistent with injuries inflicted by a whip.

Some children had been brought from neighboring countries including Burkina Faso, Mali and Ghana, police said, while local media reports said others had been left by their parents in what they believed to be an Islamic school or rehabilitation center.

“This place is neither a rehab or an Islamic school because you can see it for yourselves. The children gathered here are from all over the country… some of them where even chained,” Kaduna state’s police commissioner, Ali Janga, told reporters.

“They were used, dehumanized, you can see it yourself.”

Kaduna police spokesman Yakubu Sabo said seven people who said they were teachers at the school had been arrested in Thursday’s raid. 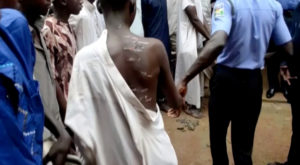 People are pictured after being rescued from a building in the northern city of Kaduna, Nigeria September 26, 2019, in this grab obtained from a video. TELEVISION CONTINENTAL/Reuters TV via REUTERS

“The state government is currently providing food to the children who are between the ages of five and above,” he said.

It was not clear how long the captives had been held there.

Reports carried by local media said the captives had been tortured, starved and sexually abused. Reuters was not immediately able to confirm those details.

The children have been moved to a temporary camp at a stadium in Kaduna, and would later be moved to another camp in a suburb of the city while attempts are made to find their parents, police said.

Some parents who had already been contacted went to the scene to retrieve their children.

“We did not know that they will be put to this kind of harsh condition,” one parent told Reuters.

Islamic schools, known as Almajiris, are common across the mostly Muslim north of Nigeria – a country that is roughly evenly split between followers of Christianity and Islam.

Parents in northern Nigeria, the poorest part of a country in which most people live on less than $2 a day, often opt to leave their children to board at the schools.

Such schools have for years been dogged by allegations of abuse and accusations that some children have been forced to beg on the streets of cities in the north.

Earlier this year, the government of President Muhammadu Buhari, himself a Muslim, said it planned to eventually ban the schools, but would not do so immediately.

“Any necessary ban on Almajiri would follow due process and consultation with relevant authorities,” said Buhari’s spokesman Garba Shehu in a statement issued in June.

“The federal government wants a situation where every child of primary school age is in school rather than begging on the streets during school hours,” the statement said.

A presidency spokesman did not immediately respond to calls and text messages seeking comment on the raid in Kaduna and whether it would alter the government’s approach to such schools.

Professor Ishaq Akintola, director of the Nigerian human rights organization the Muslim Rights Concern (MURIC), said around 10 million children across the north of the country are educated at Islamic schools.

“Those responsible for abuse, if found guilty, should be held accountable but these schools should continue because shutting them down would deprive so many students of an education,” he said.