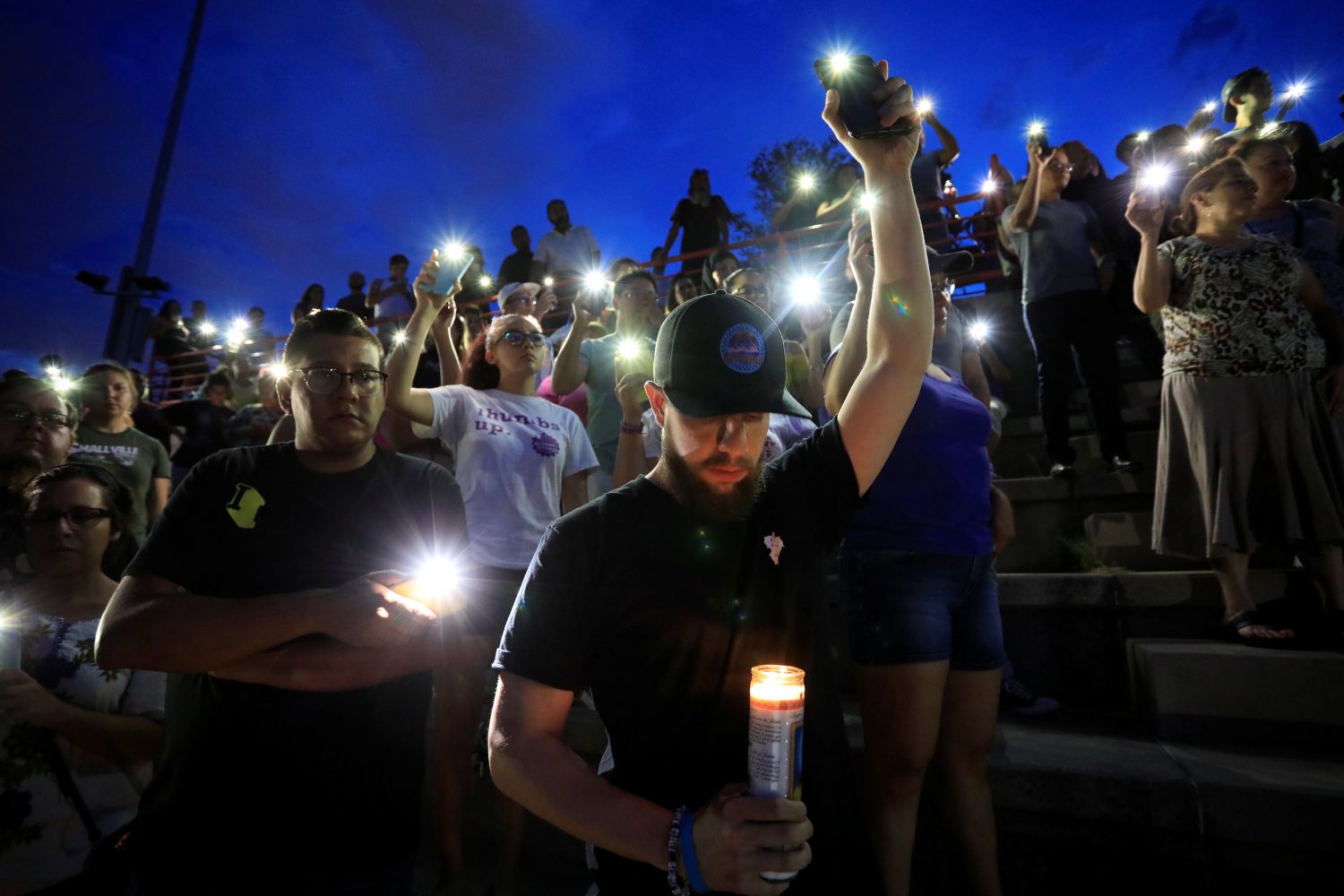 EL PASO, Texas/ LOS ANGELES (Reuters) – Thirty people died and dozens were wounded in two mass shootings within just 13 hours of each other in the United States, shocking the country and prompting calls from some politicians for tighter gun control.

The first massacre occurred on Saturday morning in the heavily Hispanic border city of El Paso, where a gunman killed 20 people at a Walmart store before surrendering to police.

Texas Governor Greg Abbott said the rampage appeared to be a hate crime, and police cited a “manifesto” they attributed to the suspect, a 21-year-old white man, as evidence that the bloodshed was racially motivated. 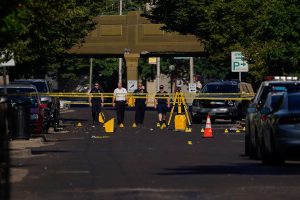 Across the country, a gunman opened fire in a downtown district of Dayton, Ohio, early on Sunday, killing nine people and wounding at least 26 others, police and the city mayor said. The assailant was shot dead by police.

The El Paso shooting reverberated on the campaign trail for next year’s U.S. presidential election, with several Democratic candidates denouncing the rise of gun violence and repeating calls for tighter gun control measures.

“America is under attack from homegrown white nationalist terrorism,” Buttigieg said at an event in Las Vegas.

President Donald Trump branded the shooting “an act of cowardice,” saying in a Twitter post, “I know that I stand with everyone in this country to condemn today’s hateful act. There are no reasons or excuses that will ever justify killing innocent people.”

A hallmark of Trump’s presidency has been his determination to curb illegal immigration. Critics say the rhetoric he has used around the issue, as well as other remarks about minorities, is divisive and has fueled racism and xenophobia.

Pope Francis condemned the spate of attacks on “defenseless people” in the United States, including a rampage last Sunday in which a gunman killed three people and wounded about a dozen at a garlic festival in Gilroy, California. 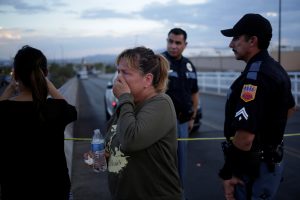 A woman reacts after a mass shooting at a Walmart in El Paso, Texas, U.S. August 3, 2019. REUTERS/Jose Luis Gonzalez

In Texas, police and FBI investigators searched for clues as to what motivated the suspect, who is from Allen, Texas, a Dallas suburb some 650 miles (1,046 km) east of El Paso, which lies on Rio Grande across the U.S.-Mexico border from Ciudad Juarez.

Police said the suspect opened fire with a rifle on shoppers, many of them bargain-hunting for back-to-school supplies, then surrendered to officers who confronted him outside the store.

Several local politicians said the gunman was an outsider, suggesting he had traveled hundreds of miles from the Dallas area to commit mass murder. But Gomez declined to say how long the suspect might have been in El Paso before the shooting.

El Paso Police Chief Greg Allen said investigators were examining a “manifesto” from the suspect indicating “there is a potential nexus to a hate crime.”

A four-page statement posted on 8chan, an online message board often used by extremists, and believed to have been written by the suspect, called the Walmart attack “a response to the Hispanic invasion of Texas.”

It also expressed for support for the gunman who killed 51 people at two mosques in Christchurch, New Zealand, in March.

CNN reported the FBI had opened a domestic terrorism investigation.

“We are going to aggressively prosecute it both as capital murder but also as a hate crime, which is exactly what it appears to be,” Texas Governor Abbott told reporters.

El Paso and Ciudad Juarez, together with the neighboring city of Las Cruces, New Mexico, form a metropolitan border area of some 2.5 million residents constituting the largest bilingual, bi-national population in North America.

Mexico’s President Andres Manuel Lopez Obrador said three Mexican nationals were among the 20 people killed in the shooting, and six others were among 26 victims who were wounded.

The carnage ranked as the eighth-deadliest mass shooting in modern U.S. history, after a 1984 shooting in San Ysidro, California, in which 21 people died.

In Dayton, a riverfront city of about 140,000 people in southwestern Ohio, a gunman dressed in body armor opened fire in a downtown district, unleashing carnage that could have been much worse if not for the rapid intervention of police.

Officers who were on routine patrol nearby were on the scene in less than a minute and shot the attacker dead, likely preventing a much higher casualty toll, police and the city’s mayor said.

The motive was not immediately clear, and investigators believe the individual had acted alone, Carper said.

The authorities did not disclose the shooter’s identity.

A total of 10 people were killed, including the assailant. Twenty-six others were injured and taken to hospitals across the area, Mayor Nan Whaley told reporters, though the extent of their injuries was not known.

She said the suspect was wearing body armor and was armed with a rifle firing .223-caliber rounds with high-capacity ammunition magazines.

FBI agents were assisting in the investigation.