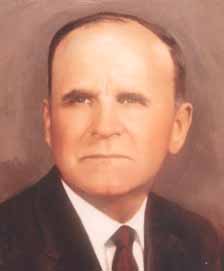 Prophets have been a unique part of humankind for thousands of years.  Discerning the prophetic word takes faith, but the true value of a prophet and his or her visions are only if they stand the tests of time.

Pastor Jim Bakker has been prophesying for over fifty years.  He was willing to listen to God’s words and be obedient enough to step out on faith and say YES! Many of his prophecies have stood the test of time. His warning only weeks before the Boston Marathon attack and predictions regarding 9/11, as well as many others, are well documented.  Sometimes God repeats His message, mirroring another prophet with a reminder of what to expect with additional warnings, but many times we do not see the full meaning of the prophecy until time has passed.

There have been many prophets of God in whom the Lord has trusted.  In an article called YEAR IN REVIEW: William Branham’s 7 Prophetic Visions That Came to Pass, written for Charisma magazine, Pastor Bakker speaks of William Branham who had seven very distinct prophecies in 1933.

We would be remiss if we did not include the word that Pastor Bakker received for his New Year’s message last year as 2016 began.  His message was vast and included many of the prophecies of William Branham but in his main message he said:

Perhaps we were expecting a storm of a different kind, maybe it wasn’t a natural disaster we were to look for at all.  Maybe the storm in which we were to “Batten down the Hatches” was actually a tumultuous political storm from a deeply emotional election year.  This monster storm raged for months, tearing apart friends, family and neighbors. Perhaps this is what God was warning us about. This fight to the end between Liberals and Conservatives was about as predictable as a hurricane. All we really know for sure is that in most Christian’s minds and hearts, God had His hand on the outcome of this election.

Some feel that Pastor Jim’s prophecy has yet to be played out, but when God wants to communicate on broad terms to His children, sometimes we just have to take it at face value and be ready, be warned, be prepared and “Batten down the hatches” for whatever will come next.

All prophecy comes from faith.  Our God will continue to use his prophets throughout the world.  “Believe in the Lord your God and you will be supported.  Believe His Prophets, and you will succeed.”

Be sure to tune in to the Jim Bakker Show on January 1st, 2017 for Pastor Jim’s prophetic word for the New Year!  Be sure to click here to read the Charisma article about the year in review and William Branham!