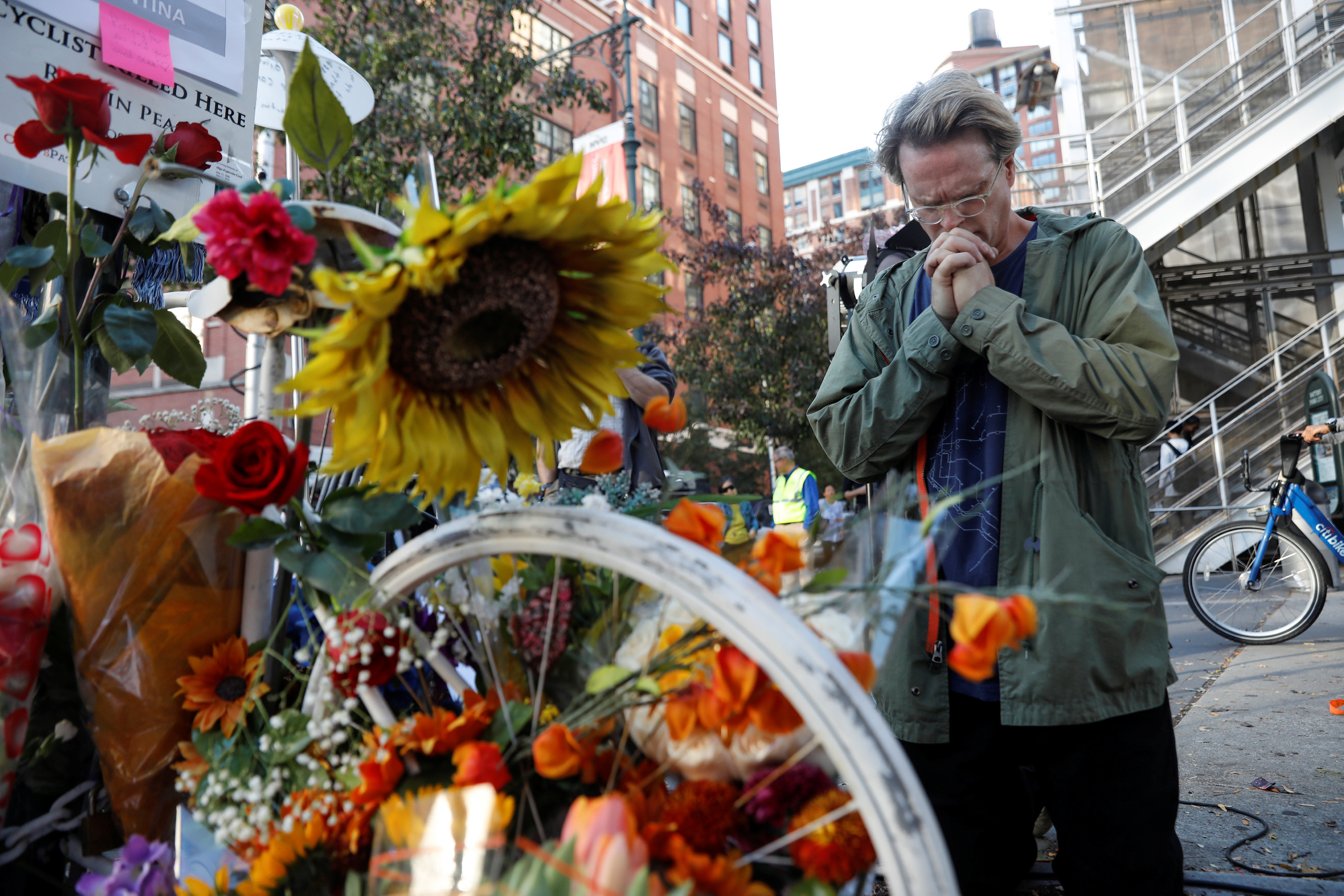 NEW YORK (Reuters) – Islamic State has claimed responsibility, without providing proof, for a truck attack earlier this week that killed eight people in the deadliest assault on New York City since Sept. 11, 2001.

The militant group on Thursday described accused attacker Sayfullo Saipov, 29, as “one of the caliphate soldiers” in a weekly issue of its Al-Naba newspaper.

The Uzbek immigrant was charged in federal court on Wednesday with acting in support of Islamic State by plowing a rented pickup truck down a popular riverside bike trail, crushing pedestrians and cyclists and injuring a dozen people in addition to those killed.

According to the criminal complaint against him, Saipov told investigators he was inspired by watching Islamic State propaganda videos on his cellphone, felt good about what he had done, and asked for permission to display the group’s flag in his room at Bellevue Hospital.

Saipov was taken to Bellevue after being shot in the abdomen by a police officer before his arrest.

U.S. President Donald Trump, who has called for Saipov to receive the death penalty, said in a Twitter post on Friday that Islamic State had claimed as their soldier the “Degenerate Animal” who killed and wounded “the wonderful people on the West Side” of Lower Manhattan.

“Based on that, the Military has hit ISIS “much harder” over the last two days. They will pay a big price for every attack on us!” Trump tweeted.

Earlier this week, Trump suggested sending Saipov to the Guantanamo Bay military prison in Cuba, where terrorism suspects apprehended overseas are incarcerated. But on Thursday, he said doing so would be too complicated.

The U.S. president has also urged Congress to end the Diversity Immigrant Visa program under which Saipov entered the United States in 2010.

The diversity program, signed into law in 1990 by Republican President George H.W. Bush, was designed to provide more permanent resident visas to people from countries with low U.S. immigration rates.

Five Argentine tourists, a Belgian woman, a New Yorker and a New Jersey man were killed in Tuesday afternoon’s attack.

The attack unfolded just blocks from the site of the World Trade Center, where some 2,600 people were killed when suicide hijackers crashed two jetliners into the Twin Towers 16 years ago.

One of the two criminal counts Saipov faces, violence and destruction of motor vehicles causing the deaths of eight people, carries the death penalty if the government chooses to seek it, prosecutors said.

Saipov waived his right to remain silent or have an attorney present when he agreed to speak to investigators from his hospital bed, the criminal complaint said.

The Federal Bureau of Investigation has said it has located another Uzbek man, Mukhammadzoir Kadirov, 32, who it said was wanted for questioning as a person of interest in the attack.

Citing an unnamed law enforcement official, ABC News reported on Friday that Saipov placed a telephone call to Kadirov immediately before he carried out the attack. ABC News said the significance of the call was not known. 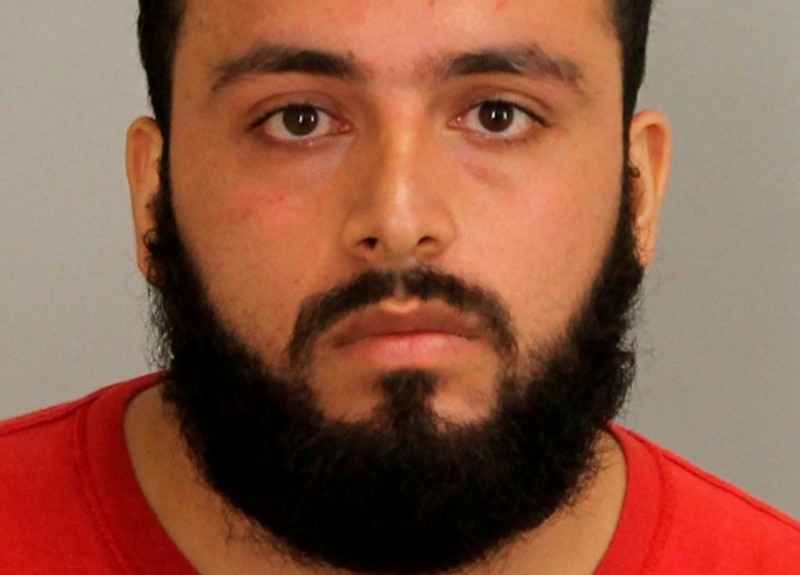 NEW YORK (Reuters) – An Afghan-born man charged with setting off bombs in New York and New Jersey will be tried in New York after a federal judge rejected his lawyers’ argument that he could not get a fair trial in the city where he is accused of injuring 30 people.

At a hearing in Manhattan federal court on Monday, U.S. District Judge Richard Berman denied a motion to move the case against Ahmad Rahimi to another federal court, saying an impartial jury could be assembled in “one of the largest and most diverse districts in the country.”

Lawyers for Rahimi, a U.S. citizen, had proposed Vermont and Washington, D.C. as possible alternative venues.

Rahimi, 29, is facing federal and state charges in New York and New Jersey after authorities said he detonated bombs in the Chelsea neighborhood of Manhattan and in the coastal New Jersey town of Seaside Heights last September.

The bomb in New York injured 30 people but the explosion in New Jersey hurt no one.

According to prosecutors, Rahimi also left behind unexploded bombs in New York and in Elizabeth, New Jersey, before he was captured in Linden, New Jersey, following a shootout with police in which two officers suffered minor injuries.

In their motion to transfer the case, Rahimi’s lawyers argued that media coverage of the case would make it impossible to assemble an impartial jury. But Berman said Monday that robust questioning of potential jurors would be enough to ensure fairness.

Berman also noted that other high-profile cases had been tried in the Manhattan court before, including those of Mohammed Salameh and Ramzi Yousef, convicted of helping plan the 1993 bombing of the World Trade Center.

Sabrina Shroff, a lawyer for Rahimi, said after the hearing the motion could be renewed once questioning of potential jurors begins.

A judge in New Jersey state court, where Rahimi faces separate charges, has also refused to move the case.

Motions like Rahimi’s are rarely granted, even in high-profile cases. For example, federal judges refused to move the trial of the Boston Marathon bomber, Dzhokhar Tsarnaev, despite massive pretrial media coverage. 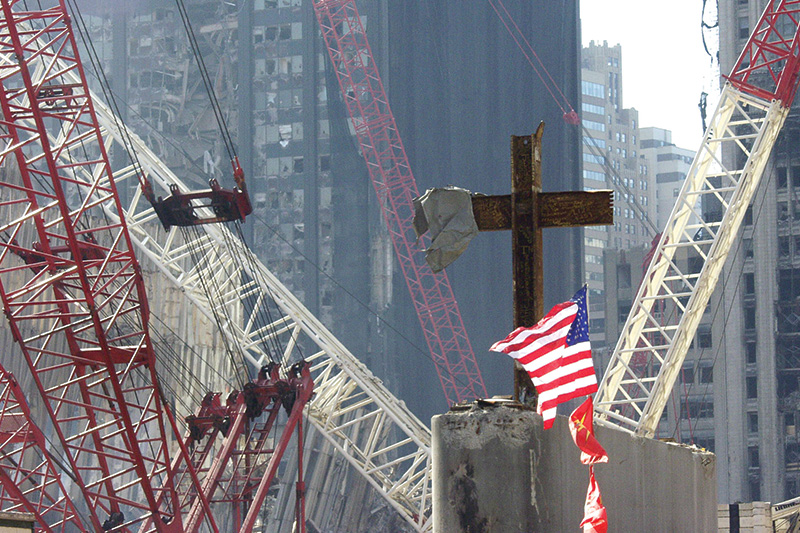 There is a minister who preached on the Sunday after 9/11 in one of our little churches here in the Ozarks.  The congregation came in that morning somber, still shaken and many were filled with an anger that troubled every moment.  The Pastor walked slowly to the podium and said,  “Even those with the most powerful faith are asking God a question.  Some of you have probably shouted it so all of heaven could hear you. Some of you have kept it quietly buried in your heart, but most of us have asked at least once,   ‘Our Heavenly Father, Where were you?’ ”

His answer came from God’s word.

Joshua 1:9 Have not I commanded you? Be strong and courageous. Do not be afraid or dismayed, for the Lord your God is with you wherever you go.”

There are those that are given a gift of creativity that communicates His Grace directly to our hearts.

This poem, written by Stacy Randall, is truly God inspired and answered the question from that Sunday perfectly…

MEET  ME IN THE STAIRWELL’

You say you will never forget where you were  when you heard the news On September 11, 2001.

I was on the 110th floor in a smoke filled room with a man who called his  wife to say ‘Good-Bye.’  I held his fingers steady as he dialed.  I gave him the peace to say, “Honey, I am not going to make it, but it is OK.  I am ready to go.”

I was with his wife when he called as she fed breakfast to their children.  I held her up as she tried to understand his words and as she realized he wasn’t coming home that night. I was in the stairwell of the 23rd floor when a woman cried out to Me for help.  “I have been knocking on the door of your heart for 50 years!” I said.

“Of course I will show you the way home – only believe in Me now.”

I was at the base of the building with the Priest ministering to the injured and devastated souls. I took him home to tend to his Flock in Heaven.  He heard my voice and answered.

I was on all four of those planes, in every seat, with every prayer.  I was with the crew as they were overtaken.  I was in the very hearts of the believers there, comforting and assuring them that their faith has saved them.

I was in Texas, Virginia, California, Michigan, Afghanistan. I was standing next to you when you heard the terrible news.

Did you sense Me?

I want you to know that I saw every face.  I knew every name – though not all know Me.  Some met Me for the first time on the 86th floor.

Some sought Me with their last breath.

Some couldn’t hear Me calling to them through the smoke and flames; “Come to Me… this way… take my hand.”  Some chose, for the final time, to ignore Me.

But, I was there.

I did not place you in the Tower that day.  You may not know why, but I do.  However, if you were there in that explosive moment in time, would you have reached for Me?

I will be in the stairwell of your final moments. 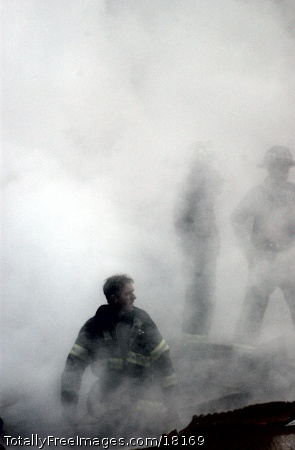