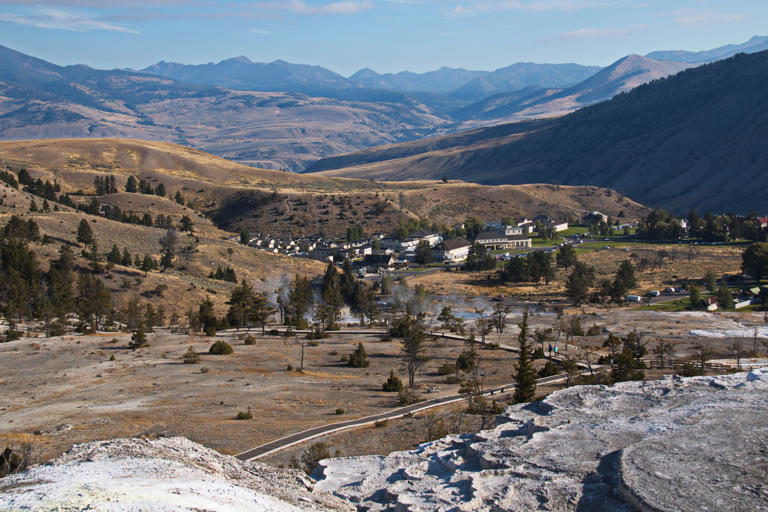 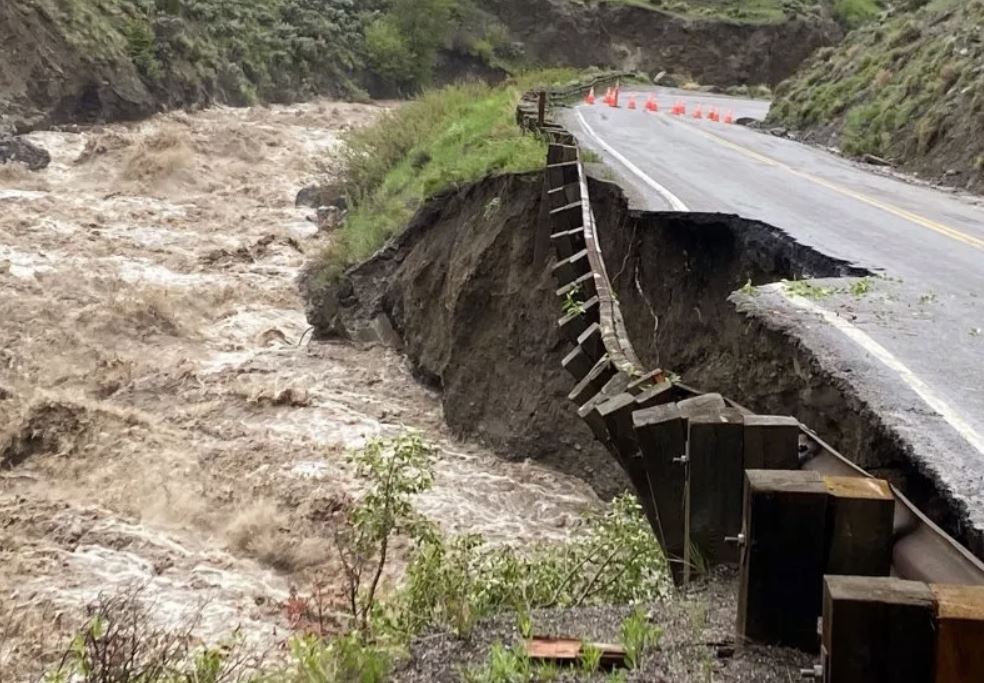 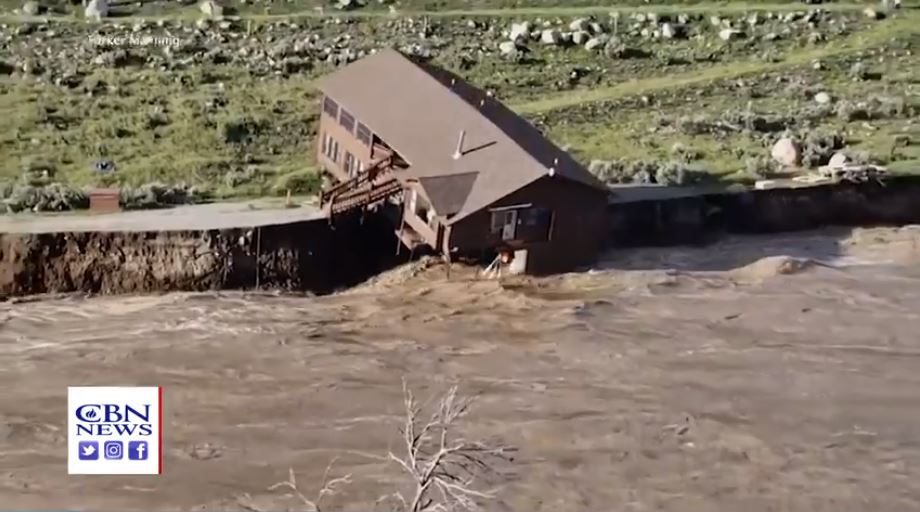 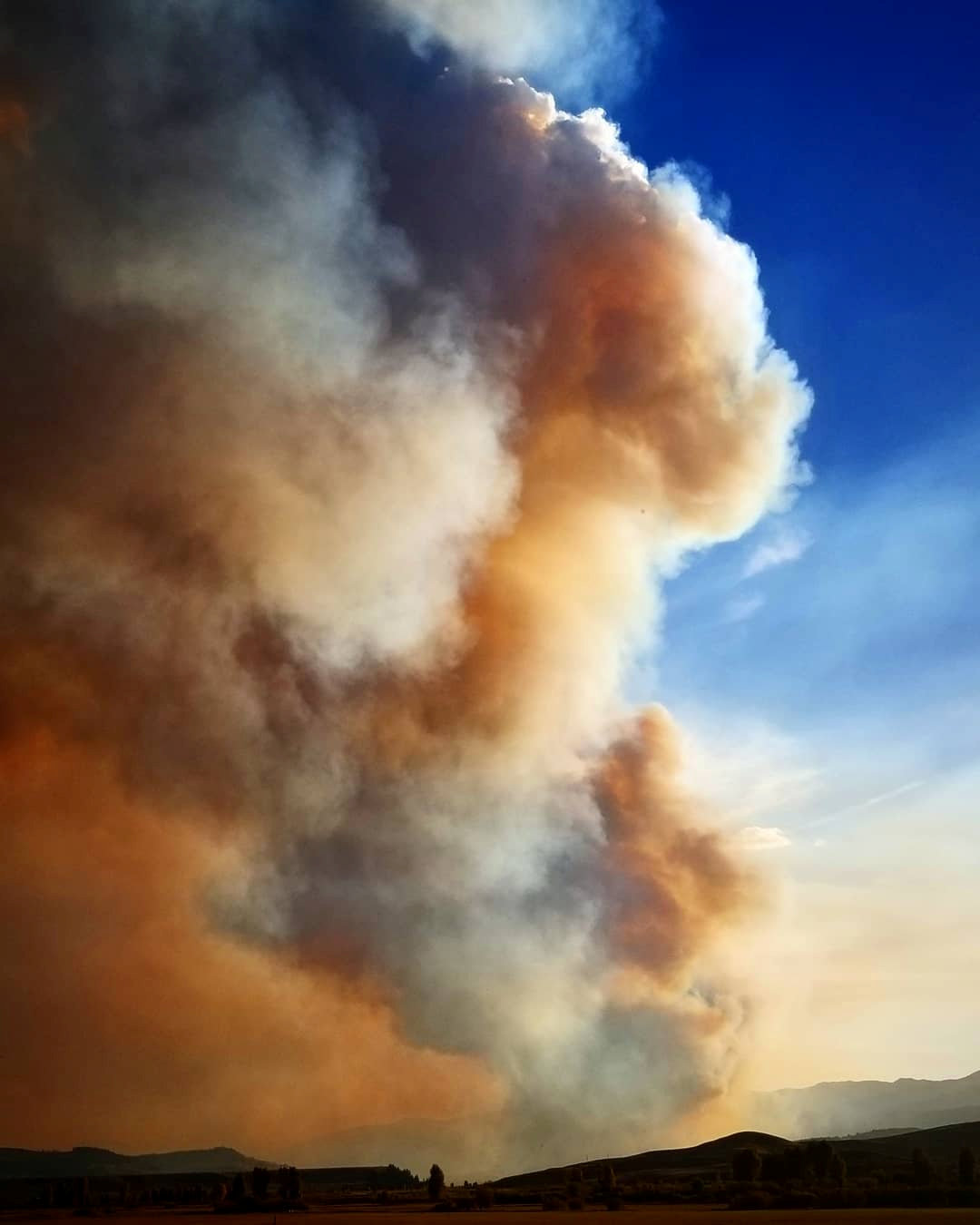 PINEDALE, Wyo. (Reuters) – A wind-blown wildfire that has forced the evacuation of hundreds of homes south of the resort town of Jackson, Wyoming, prompted officials on Sunday to close 50 miles of a key highway traveled by tourists to reach Grand Teton and Yellowstone national parks.

The Roosevelt fire has scorched nearly 40,000 acres of drought-parched landscape and destroyed at least four structures, including two dwellings, since erupting Sept. 15 in the Bridger-Teton National Forest about 30 miles south of Jackson. 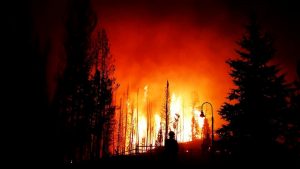 Smoke rises from a wildfire as seen from Bondurant, Wyoming, United States in this September 22, 2018 photo by Bryce Harvey. Bryce Harvey/Social Media/via REUTERS

Hundreds of firefighters battled across steep, forested terrain and bone-dry sagebrush flats to push back flames driven by winds gusting to 50 miles per hour. By Sunday, crews had managed to carve containment lines around nearly a quarter of the fire’s perimeter.

But worsening conditions later prompted the Sublette County sheriff to expand evacuations in rural subdivisions in and around the town of Bondurant, bringing the number of homes affected to about 300. Scores of additional residences were placed on standby for evacuation at a moments notice, according to sheriff’s Sergeant Travis Bingham.

He said the blaze was stoked by thick vegetation left desiccated by prolonged drought.

“We haven’t had moisture for weeks, and the winds today were going from 35 to 50 miles per hour. The fire picked it up and ran with it,” he said Sunday.

The 50-mile segment of U.S. Highway 189/191 closed by state transportation officials runs from just northwest of the oil-and-gas town of Pinedale to the southern outskirts of Jackson.

The road is the main traffic route to Grand Teton and Yellowstone for travelers approaching the two premier national parks from points south, though neither Jackson nor the parks were expected to be threatened by the blaze.

The cause of the Roosevelt fire was under investigation. It comes at the height of the region’s hunting season and is one of three that have erupted since mid-September in the Bridger-Teton Forest in western Wyoming.

Wildfires have charred more than 7 million acres across the Western United States so far this year.

CODY, Wyo. (Reuters) – Burning trees and thick smoke from a large Wyoming wildfire have prompted authorities to close the main connecting road between the south end of Yellowstone National Park and the northern border of Grand Teton National Park.

The closure order, which was made earlier this week and remained in effect on Wednesday, means throngs of peak summer season vacationers will have to make a detour of at least 150 miles (241 km) to move between the neighboring parks.

Officials in Grand Teton closed U.S. Highway 89 because of active burning in trees along the roadside and heavy smoke from the so-called Berry Fire, which officials said was sparked by lightning on July 25 and has grown to cover some 6,800 acres (2,751 hectares).

The fire led to the closure of the south gate to Yellowstone, which last month saw an average of more than 2,400 vehicles each day carrying visitors between the two parks. Four other entrances into the park remain open.

Three Grand Teton trails, a campground and a lodging complex near the fire have also been closed, a move that could last several days, depending on fire activity, weather and other factors, fire officials said.

Traffic is being rerouted to West Yellowstone, where crews are working to contain the so-called Maple Fire, which has burned more than 27,000 acres (10,926 hectares) and moved to within four miles of the town of West Yellowstone, Montana.

The west gate remains open, and firefighters say they are confident they can prevent the Maple Fire from reaching the road between West Yellowstone, the park’s busiest entrance, and the Old Faithful geyser, the most popular attraction at the national park.

Despite the complications, traffic entering the west gate was moving smoothly and without delay on Wednesday afternoon.

The Maple Fire, along with two other fires burning in more remote areas of Yellowstone, were all caused by lightning, and are burning in timber and undergrowth primed by a dry spring and summer.

Many fires in the 2.2 million acre (890,308 hectares) Yellowstone National Park are allowed to largely burn themselves out, so long as they do not threaten buildings, roads or developed areas.

The blazes come at the height of the summer tourist season and as officials in both parks prepare for celebrations set for Thursday marking the 100th anniversary of the creation of the National Park Service.