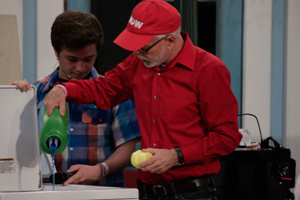 Brighten the Corner Where You Are 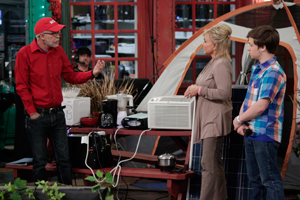 “I believe the God who has made all the planets and put everything in place knows the future somehow. God knows what’s coming. He knows the storms and the sun and the waves of the sea. He told us the things one right after another for us to know what is going on.” -Pastor Jim Bakker 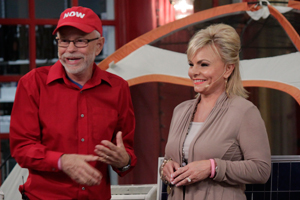 Earthquakes are being reported all over the world. The Pacific plates are shifting and moving and there have been 8,999 earthquakes just in the past 30 days. These are signs that it is time to prepare for the Second Coming of Jesus. Christ clearly gives us a warning about earthquakes in diverse places in the book of Matthew. They are happening everywhere, even in places that are not usually prone to these quakes. It is not just earthquakes, but various other storms as well. In March of 2012 alone, the average was triple for tornado activity.

The scientists are saying they do not understand why this is happening all of a sudden. They have studied and tried to understand why the shift and changes are taking place. Even though they can sometimes predict when things are coming, like tornadoes, the paths of destruction that are left are far greater than they ever could have imagined.

Those who live in areas prone to tsunamis, tornadoes and earthquakes can benefit from the Fuel-Less Generators. These generators are portable and can easily be wheeled or carried anywhere you go. There are plenty of adapters in the accessory bundle that can hook up any type of cell phone, i-pad or other important device. The generators use no fuel, but rather renewable energy from the sun or light. They can provide great help in times of trouble. Perilous times are here.

The amazing thing is that Christians have a hope. Today is the day of salvation. We are living in the Last Days and the Word of the Lord is galloping forward now. It is imperative to have preparation for the End Times.

Luke 21:25-26 KJV “And there will be signs in the sun, in the moon, and in the stars; and on the earth distress of nations, with perplexity, the sea and the waves roaring;men’s hearts failing them from fear and the expectation of those things which are coming on the earth, for the powers of the heavens will be shaken.

Matthew 24:14 KJV And this gospel of the kingdom will be preached in all the world as a witness to all the nations, and then the end will come.