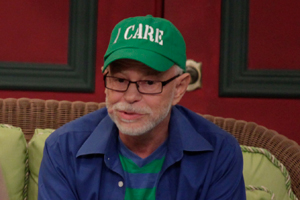 “Be content no matter what happens.” -Pastor Jim Bakker 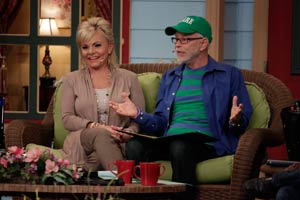 “Cholerics fight. We melancholies think about it and the pain goes internally.” – Pastor Jim Bakker 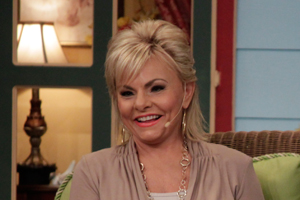 Pastor Jim and Lori Bakker welcome musical guest Kevin Shorey and discuss the topic of contentment, particularly relating to Paul’s admonition in Philippians 4:11 that Christians find satisfaction regardless of what conditions in life surround them. Pastor Jim said he awoke recently with that message heavily on his mind. He then shared that an increase in his sugar level has taken place due to stress and concern over the opponents of Lori’s House who succeeded in obtaining local government approval to stop construction. Although successful for many years in controlling his diabetic condition through diet and right thinking, he admonished viewers to watch their stress levels because worry and discontent of mind bring on a host of illnesses. He added that all need to learn to lean on Jesus, like the song says.

Lori noted that so many in society rely on medications because of stress. Pastor Jim then acknowledged that even he, as a young man, suffered from panic attacks at a time when work and non-stop ministry activities filled his life. He remembers a doctor saying that no one dies from a panic attack, which he accepted as an encouraging message, yet knew he needed to learn to cast all his cares on the Lord.

From then on he improved his ability to leave his cares at the throne, trusting God to resolve them, yet the attacks against Lori’s House moved him away, for a time, from his state of contentment and peace of mind, as he tried to understand why people would fight to stop the building of a home to save innocent babies from abortion. Now in his golden years, he said that at 72 years of age he does not intend to spend the rest of his life fighting opponents but will let Jesus handle his battles. After returning to that mindset, he found inspiration returning to him and has now located a new site for Lori’s House that sits on an area of land completely owned by the ministry that nearby residents cannot petition against. If all goes well, and the land can sustain the building, he expects to announce the location and approve the laying of the foundation within two weeks.

The new site, Pastor Jim said, looks like it may work even better than the first one, but added that supporters should not fear their donations went to waste. The original plot of land cleared and prepared as the Lori’s House location, holds official zoning for farming use, and keeping in line with that, the planting of gardens, trees and crops has taken place in the rich, dark soil there. The Pastor said the ministry may even invest in some cows and other animals. “We’ve only been delayed,” he said, “not stopped.”

I Peter 5:7 KJV Casting all your care upon him; for he careth for you.

Matthew 12:50 KJV For whosoever shall do the will of my Father which is in heaven, the same is my brother, and sister, and mother.

Romans 12:19 KJV Dearly beloved, avenge not yourselves, but rather give place unto wrath: for it is written, Vengeance is mine; I will repay, saith the Lord.

Philippians 4:10-12 KJV But I rejoiced in the Lord greatly, that now at the last your care of me hath flourished again; wherein ye were also careful, but ye lacked opportunity. Not that I speak in respect of want: for I have learned, in whatsoever state I am, therewith to be content. I know both how to be abased, and I know how to abound: every where and in all things I am instructed both to be full and to be hungry, both to abound and to suffer need.

Philippians 4:11-13 NCV I am not telling you this because I need anything. I have learned to be satisfied with the things I have and with everything that happens. I know how to live when I am poor, and I know how to live when I have plenty. I have learned the secret of being happy at any time in everything that happens, when I have enough to eat and when I go hungry, when I have more than I need and when I do not have enough. I can do all things through Christ, because he gives me strength.

Isaiah 10:27 KJV And it shall come to pass in that day, that his burden shall be taken away from off thy shoulder, and his yoke from off thy neck, and the yoke shall be destroyed because of the anointing.

Proverbs 24:12 NCV If you say, “We don’t know anything about this,” God, who knows what’s in your mind, will notice. He is watching you, and he will know. He will reward each person for what he has done.