Pastor Jim & Lori Bakker welcome Bobby Conner as they discuss Prophecy and Angels for Day 5 on The Jim Bakker Show. 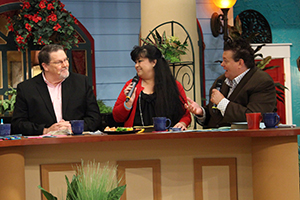 I’ve Got a Mansion Just Over the Hilltop 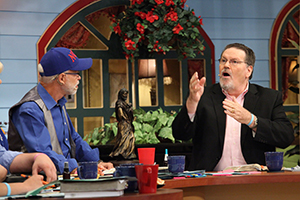 We must have a place, a public platform, where the whole world can hear what God is saying. –Pastor Jim Bakker 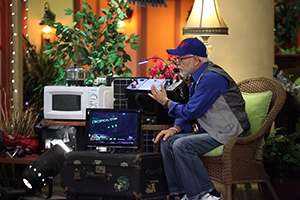 I Timothy 2:4 NIV who wants all people to be saved and to come to a knowledge of the truth.

Matthew 24:37 NKJV But as the days of Noah were, so also will the coming of the Son of Man be.

I Corinthians 14:8 KJV For if the trumpet give an uncertain sound, who shall prepare himself to the battle?

Amos 3:7 KJV Surely the Lord God will do nothing, but he revealeth his secret unto his servants the prophets.

Joel 2:28 KJV And it shall come to pass afterward, that I will pour out my spirit upon all flesh; and your sons and your daughters shall prophesy, your old men shall dream dreams, your young men shall see visions:

Acts 2:15-16 KJV For these are not drunken, as ye suppose, seeing it is but the third hour of the day. But this is that which was spoken by the prophet Joel;

Ezekiel 37:7 KJV So I prophesied as I was commanded: and as I prophesied, there was a noise, and behold a shaking, and the bones came together, bone to his bone.

Ezekiel 37:10 KJV So I prophesied as he commanded me, and the breath came into them, and they lived, and stood up upon their feet, an exceeding great army.

I Samuel 13:19 NCV The whole land of Israel had no blacksmith because the Philistines had said, “The Hebrews might make swords and spears.”

Matthew 24:7 NIV Nation will rise against nation, and kingdom against kingdom. There will be famines and earthquakes in various places.

Matthew 6:24 NIV No one can serve two masters. Either you will hate the one and love the other, or you will be devoted to the one and despise the other. You cannot serve both God and money.

Amos 1:13 NCV This is what the Lord says: “For the many crimes of Ammon, I will punish them. They ripped open the pregnant women in Gilead so they could take over that land and make their own country larger.

Amos 1:14 NCV So I will send fire on the city wall of Rabbah that will destroy its strong buildings. It will come during a day of battle, during a stormy day with strong winds.

John 14:3 NKJV And if I go and prepare a place for you, I will come again and receive you to Myself; that where I am, there you may be also.