Jim and Lori Bakker talk about how the world today is out of control, and the possibility of an EMP attack with actor and entrepreneur Gary Heavin.
END_OF_DOCUMENT_TOKEN_TO_BE_REPLACED 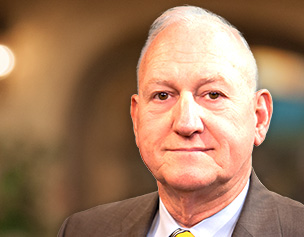 Jim and Lori Bakker discuss the condition of the church today and the genocide of Christians overseas with Lieutenant General Jerry Boykin. END_OF_DOCUMENT_TOKEN_TO_BE_REPLACED

Jim and Lori Bakker give a message on unity within the Body of Christ with Michael Snyder, Doctor Jack Taylor, and Pastor Sheila Artt. END_OF_DOCUMENT_TOKEN_TO_BE_REPLACED

Pastor Jim & Lori Bakker welcome Rabbi Jonathan Cahn for Day 4 as they discuss the mystery of Hanakkuh on the Jim Bakker Show. END_OF_DOCUMENT_TOKEN_TO_BE_REPLACED

The Biblical city of Gath has been discovered in the Judean foothills.

The scientists with Bar-Ilan University discovered the fortifications and the gate to the city.  Gath was once home to Goliath, the giant slain by David as described in 1 Samuel 17.  The city was destroyed in 830 B.C. by Aramean King Hazael as described in 2 Kings 12:17.

Professor Aren Maeir, who is heading up the project, says the discovery is among the largest ever found in Israel and provides “substantial evidence” that Gath was a significant part of the Philistine empire.

The archeologists also found many other artifacts of life in Gath, including jugs that are nearly 3,000 years old, one featuring a rust-red frame and black spiral indicating the ancient Greek art found in the Philistine’s original region in the Aegean.

A temple and an iron production facility have also been found during the excavation.

The scientists said the temple has two pillars that are similar to the Samson story in Judges 28.  They say that the discovery shows the design with the pillars was common in Philistine architecture.

Dr. Maeir also said they have found evidence of the ongoing wars between the nation of Israel and the Philistines although people shouldn’t get too hopeful about one particular find.

“It doesn’t mean that we’re one day going to find a skull with a hole in its head from the stone that David slung at him, but it nevertheless tells that this reflects a cultural milieu that was actually there at the time,” Maeir said. 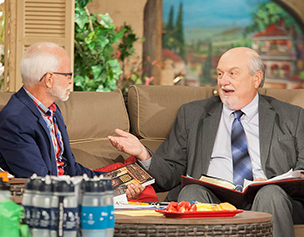 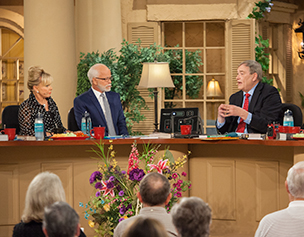 Pastor Jim & Lori Bakker welcome Dr. William Forstchen as they revisit his book, The Day of Wrath, and discuss current events for Day 1 on The Jim Bakker Show. END_OF_DOCUMENT_TOKEN_TO_BE_REPLACED 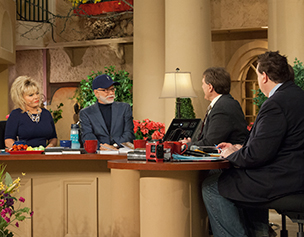