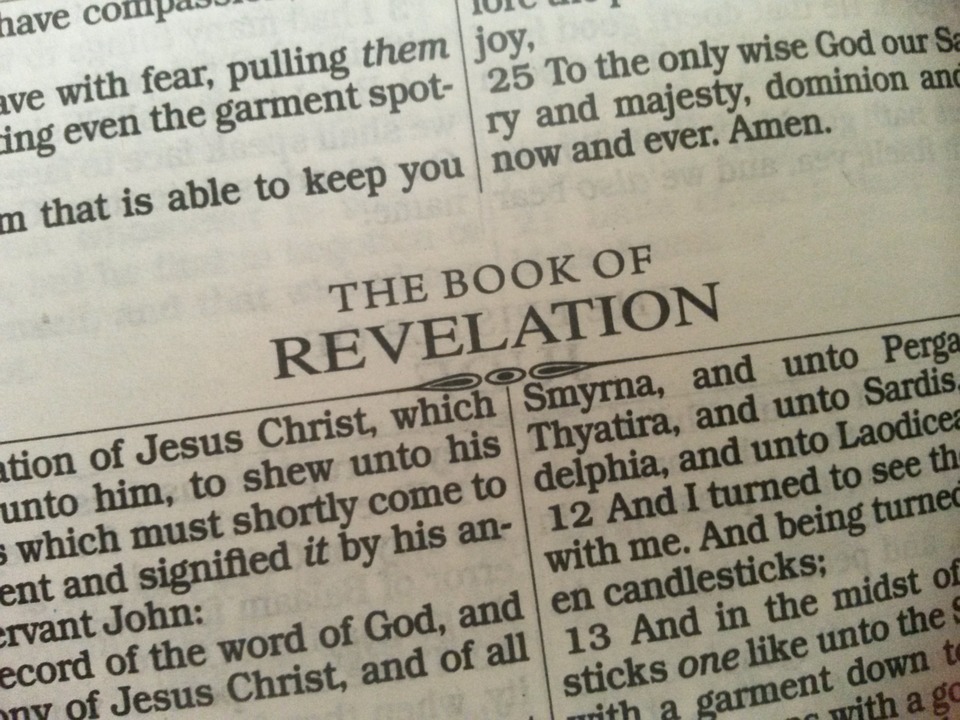 There are many people that do not even want to hear the Book of Revelation.  They call ministers who preach on the prophetic events of the Bible, “prophets of doom” disregarding the fact that it is plainly written in the Bible and we’re seeing it in the daily news today!  So many in the church today are not allowing themselves to see what is happening right in front of their eyes.

Luke 21:27-28 tells us,  “There will be signs in the sun, in the moon, and in the stars…Then they will see the Son of Man coming in a cloud with power and great glory.  Now when these things begin to happen, look up and lift up your heads, because your redemption draws near.”

END_OF_DOCUMENT_TOKEN_TO_BE_REPLACED

San Bernardino Police Chief Jarrod Burguen held a press conference late Wednesday night to identify the suspects in the shooting earlier today at Inland Regional Center in San Bernardino, CA which caused the deaths of 14 people; 17 were injured.  The suspects killed in a shootout with police were identified as Syed Rizwan Farook (28) and Tashfeen Malik (27) .  According to a report by CBSN, the two had been married for two years and have a 6 month old daughter.

The U.S. born Syed Rizwan was employed with San Bernardino County as an environmental specialist for the last five years.  He had attended a meeting/ party that has been an annual event for the county and reports were that he left angry.  It is still unclear what the disagreement was about or with whom.

Chief Burguen says both law enforcement and the FBI feel that although first reports were that there were three suspects, they believe the two that went into the building were the same that were killed in the suspects car and the only shooters.

In an interview with his brother-in-law, CBSN reports that Sayed Riswan and Tashfeen  lived in the house in Redlands, CA that is now being investigated and belongs to his mother.  Syed is the name he went by for work and in public but the family called him Riswan.

Speaking on a motive for the case Police Chief Burgeun stated.

“We do not have a motive at this time.  We understand that when these kinds of things happen, information changes frequently at the beginning of the investigation.  We have not ruled out terrorism at this time.  But we do not yet know a motive.”

In regards to the crime scenes, Chief Burgeun said that for the last couple of hours they have been working on the explosive devices that have been found.

“We feel that all explosives have been found and disposed of and are just now being able to get in there and process the evidence. Some degree of planning went into this attack.”

Both of the suspects had 223 assault rifles and semi automatic handguns in their possession when the gun battle with police took place.

Chief Burgeun concluded the press conference with a message for his community.

“ We understand that you are scared and concerned but please understand that we are doing everything we can to keep people safe here. If we see a threat  we will be sure to communicate that to the community to protect you and your families.”

Wednesday Morning at approximately 11:15 Pacific Time three gunman, armed with long assault weapons entered the Inland Regional Center in San Bernardino, CA , and opened fire in a conference room.  Witnesses said that the three suspects were on a mission, wearing masks and dark tactical clothing and sounds of bullets filled the air for approximately three to four minutes before fleeing the scene in a black SUV.    In their wake were 14 dead and 17 injured while hundreds of employees locked themselves down and hid waiting for authorities to arrive.

At a press conference, law enforcement officials said that about 4½ hours later, multiple police cars were involved in a high-speed chase beginning as police followed a lead to a home in the nearby city of Redland.  After a dark SUV emerged from this home. police went into pursuit.  After arriving again in the San Bernardino area, a shootout occurred with police.  One female suspect and one male suspect were killed and one officer wounded with non life threatening injuries.

The dead suspects were armed with assault weapons, handguns and possible explosive material as well as being clothed in dark tactical style gear.  Law Enforcement is handling the scene cautiously until they are sure that there no danger for anyone else.  A third suspect was apprehended while fleeing the neighborhood and is being detained for questioning.  Police are not sure if this person is involved in the shooting or with the  dead suspects.

Assistant Director of the FBI in Los Angeles, David Bowdich, offered true sadness and sympathy to the families that have been involved in this tragedy and reassured them that all law enforcement resources will work diligently together to solve this case.  The FBI has been brought in to analyze the evidence and find all of those who are responsible for carrying out and planning this devastating act.

“Is this terrorism?  We do not know that for sure.  It is a possibility.  We are not willing to go down that road just yet and will go where the evidence takes us.” Bowdich stated. “This is a very fluid, active investigation, we will get there when we get there. ”

Police Chief Jarrod Burguan added that authorities do not yet know who the suspects are, if the home they came from belonged to them or what the motive is for this horrific attack.

Burguan reported that police authorities are still processing and releasing the scene at Inland Regional Center, the scene where the shootout occurred in a neighborhood close by and is also processing evidence at the home where the suspects vehicle came from.  Neighborhoods have been searched for any other possible suspects and police feel that the areas in question have been cleared.

Chief Burguan stressed that this is still an active crime investigation and will be sure that media receives information as soon as they are able to do so.

Riots…earthquakes…drought; and that was just last week!  I have been preaching preparedness for a very long time.  I have studied; I have prayed and what the Lord keeps telling me is that we ARE in the last days.  You really don’t have to take my word for it.  Just look at the news every day and then read God’s Words!  We are walking in the Words and Warnings of the Lord.  NOW is the time. END_OF_DOCUMENT_TOKEN_TO_BE_REPLACED

Boots on the Ground

This New Year is the time to dress up in righteousness, put your “glad rags” on and be prepared to preach and minister the word of the Lord. It’s also time to put some “boots on the ground,” dig ditches and help build what God wants to build for the days ahead. Morningside is a place of safety and a refuge for the last days. We need to be ready.

A recent guest on our program said, “Everything could change in a day. A Mega-quake may actually be the first domino that will push us into the tribulation period.”

Spiritual warfare is at the door. The church has got to have their boots on – we have to be ready to do some work! Christian soldiers need to have “boots on the ground.” END_OF_DOCUMENT_TOKEN_TO_BE_REPLACED