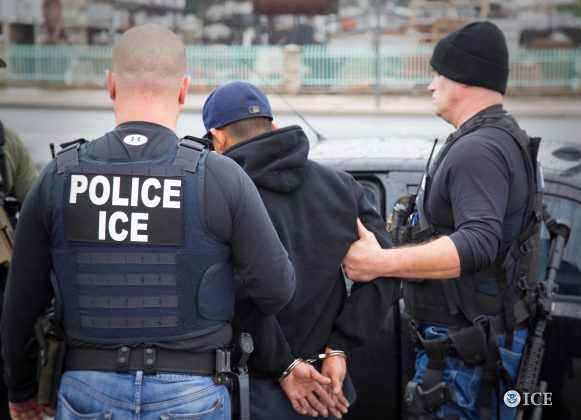 U.S. Homeland Security Secretary John Kelly said the operations, conducted in at least a dozen states, were routine and consistent with regular operations carried out by U.S. Immigration and Customs Enforcement, or ICE.

Immigrant rights advocates said the operations, which they describe as raids, were not business as usual, and were more sweeping than operations conducted during the administration of former Democratic President Barack Obama.

Kelly said in a statement that 75 percent of the immigrants arrested have criminal records, ranging from homicide to driving under the influence of alcohol.

He said the operation also targeted people who have violated immigration laws.

Some had ignored final orders of deportation, according to ICE, the agency responsible for immigrant arrests and deportations.

Obama was criticized for being the “deporter in chief” after he deported over 400,000 people in 2012, more than any president in a single year.

In 2014, Obama’s homeland security chief issued a memo directing agents to focus on deporting a narrow slice of immigrants, namely those who had recently entered the country or committed serious felonies. Immigrants who were arrested for driving under the influence of alcohol, for example, were treated as lower priorities for deportation.

At a news conference with Canadian Prime Minister Justin Trudeau on Monday, Trump said his administration had “really done a great job” in its recent arrests of immigrants.

“We’re actually taking people that are criminals, very, very, hardened criminals in some cases with a tremendous track record of abuse and problems,” Trump said.

The ICE statistics revealed regional differences in the profiles of the immigrants arrested. Of the 41 people arrested in New York City and surrounding areas, 93 percent had criminal convictions, while 45 percent of the 51 people arrested in the San Antonio, Texas area did.

Among the 190 people arrested in Georgia, North Carolina and South Carolina, were 17 people who had no criminal convictions or a prior order to leave the country, according to ICE.

In a Jan. 25 executive order, Trump broadened an Obama-era priority enforcement system for immigrants subject to removal from the United States.

“Now it seems like anyone could be arrested,” said Shiu-Ming Cheer, senior staff attorney at the National Immigration Law Center. “The level of fear and anxiety is much higher than I’ve ever seen it.”