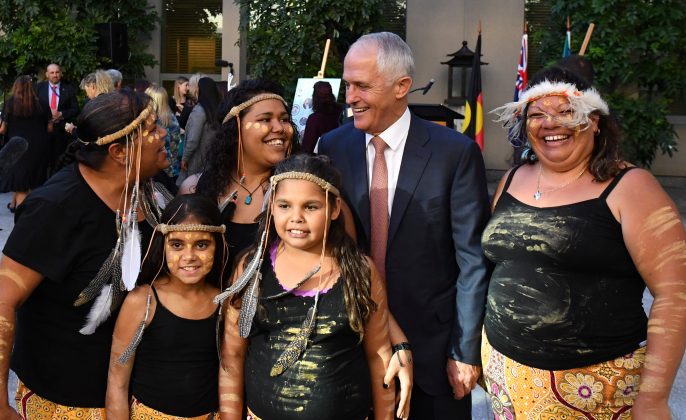 SYDNEY (Reuters) – Australia is failing to meet almost every target for improving the lives of its indigenous population, including reducing the infant mortality rate, getting children in school and adults in jobs, according to a government report released on Tuesday.

Aborigines and Torres Strait Islanders make up just three percent of Australia’s population of 23 million people but have disproportionately high rates of suicide and incarceration, tracking near the bottom in almost every economic and social indicator.

The ninth annual Closing the Gap report marks 50 years since Australia’s constitution was changed to count Aborigines as part of the population and allow laws specifically targeted at indigenous communities in a bid to improve welfare and living standards.

“We have come a long way over the last 50 years … but we have not come far enough,” Turnbull said in a breakfast address to aboriginal community leaders. “There are still significant challenges that remain.”

The report said the government’s target to close a 10-year gap in life expectancy between indigenous and non-indigenous Australians by 2031 was behind schedule as the rate of deaths from cancer increased.

A target to halve the child mortality rate by 2018 also missed its target in 2016, however improvements to antenatal care and smoking rates during pregnancy would help move closer to the 2018 goal, the report said.

Australia’s historic apology almost a decade ago for its mistreatment of Aborigines was supposed to herald a new era of race relations, but with progress in addressing inequality stalling, tensions between the two communities are high.

Late last month, thousands of Australians marched in protests across the country, demanding the date of the national holiday be changed.

For many Aborigines, who trace their lineage on the island continent back 50,000 years, Australia Day Jan. 26 is “Invasion Day”, the anniversary of the beginning of British colonization of their lands and their brutal subjugation. [nL4N1FG22O]

The Closing the Gap report showed that education levels are falling behind targets, a key driver for the huge disparity in national employment statistics.