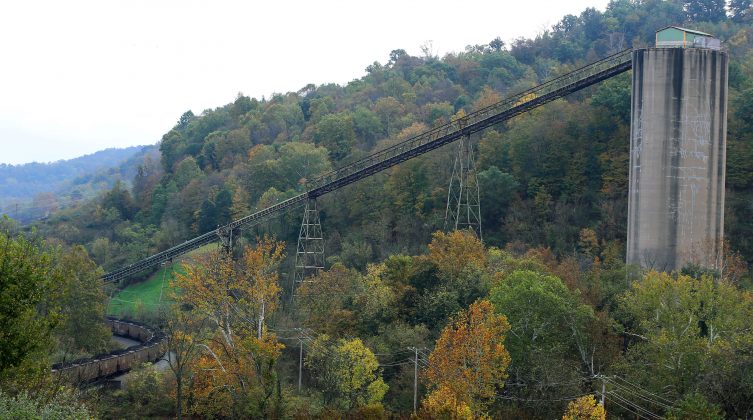 WAYNESBURG, Pa. (Reuters) – When Mike Sylvester entered a career training center earlier this year in southwestern Pennsylvania, he found more than one hundred federally funded courses covering everything from computer programming to nursing.

He settled instead on something familiar: a coal mining course.

“I think there is a coal comeback,” said the 33-year-old son of a miner.

Despite broad consensus about coal’s bleak future, a years-long effort to diversify the economy of this hard-hit region away from mining is stumbling, with Obama-era jobs retraining classes undersubscribed and future programs at risk under President Donald Trump’s proposed 2018 budget.

Trump has promised to revive coal by rolling back environmental regulations and moved to repeal Obama-era curbs on carbon emissions from power plants.

“I have a lot of faith in President Trump,” Sylvester said.

But hundreds of coal-fired plants have closed in recent years, and cheap natural gas continues to erode domestic demand. The Appalachian region has lost about 33,500 mining jobs since 2011, according to the Appalachian Regional Commission.

Although there have been small gains in coal output and hiring this year, driven by foreign demand, production levels remain near lows hit in 1978.

A White House official did not respond to requests for comment on coal policy and retraining for coal workers.

What many experts call false hopes for a coal resurgence have mired economic development efforts here in a catch-22: Coal miners are resisting retraining without ready jobs from new industries, but new companies are unlikely to move here without a trained workforce. The stalled diversification push leaves some of the nation’s poorest areas with no clear path to prosperity.

Federal retraining programs have fared better, with some approaching full participation, in the parts of Appalachia where mining has been crushed in a way that leaves little hope for a comeback, according to county officials and recruiters. They include West Virginia and Kentucky, where coal resources have been depleted.

But in southern Pennsylvania, where the industry still has ample reserves and is showing flickers of life, federal jobs retraining programs see sign-up rates below 20 percent, the officials and recruiters said. In southern Virginia’s coal country, participation rates run about 50 percent, they said.

“Part of our problem is we still have coal,” said Robbie Matesic, executive director of Greene County’s economic development department.

Out-of-work miners cite many reasons beyond faith in Trump policy for their reluctance to train for new industries, according to Reuters interviews with more than a dozen former and prospective coal workers, career counselors and local economic development officials. They say mining pays well; other industries are unfamiliar; and there’s no income during training and no guarantee of a job afterward.

In Pennsylvania, Corsa Coal opened a mine in Somerset in June which will create about 70 jobs – one of the first mines to open here in years. And Consol Energy recently expanded its Bailey mine complex in Greene County.

But Consol also announced in January that it plans to sell its coal holdings to focus on natural gas. And it has commissioned a recruitment agency, GMS Mines and Repair, to find contract laborers for its coal expansion who will be paid about $13 an hour – half the hourly wage of a starting unionized coal worker. The program Sylvester signed up for was set up by GMS.

The new hiring in Pennsylvania is related mainly to an uptick in foreign demand for metallurgical coal, used in producing steel, rather than domestic demand for thermal coal from power plants, the industry’s main business. Some market analysts describe the foreign demand as a temporary blip driven by production problems in the coal hub of Australia.

Officials for U.S. coal companies operating in the region, including Consol and Corsa, declined requests for comment.

“The coal industry has stabilized, but it’s not going to come back,” said Blair Zimmerman, a 40-year veteran of the mines who is now the commissioner for Greene County, one of Pennsylvania’s oldest coal regions. “We need to look at the future.” 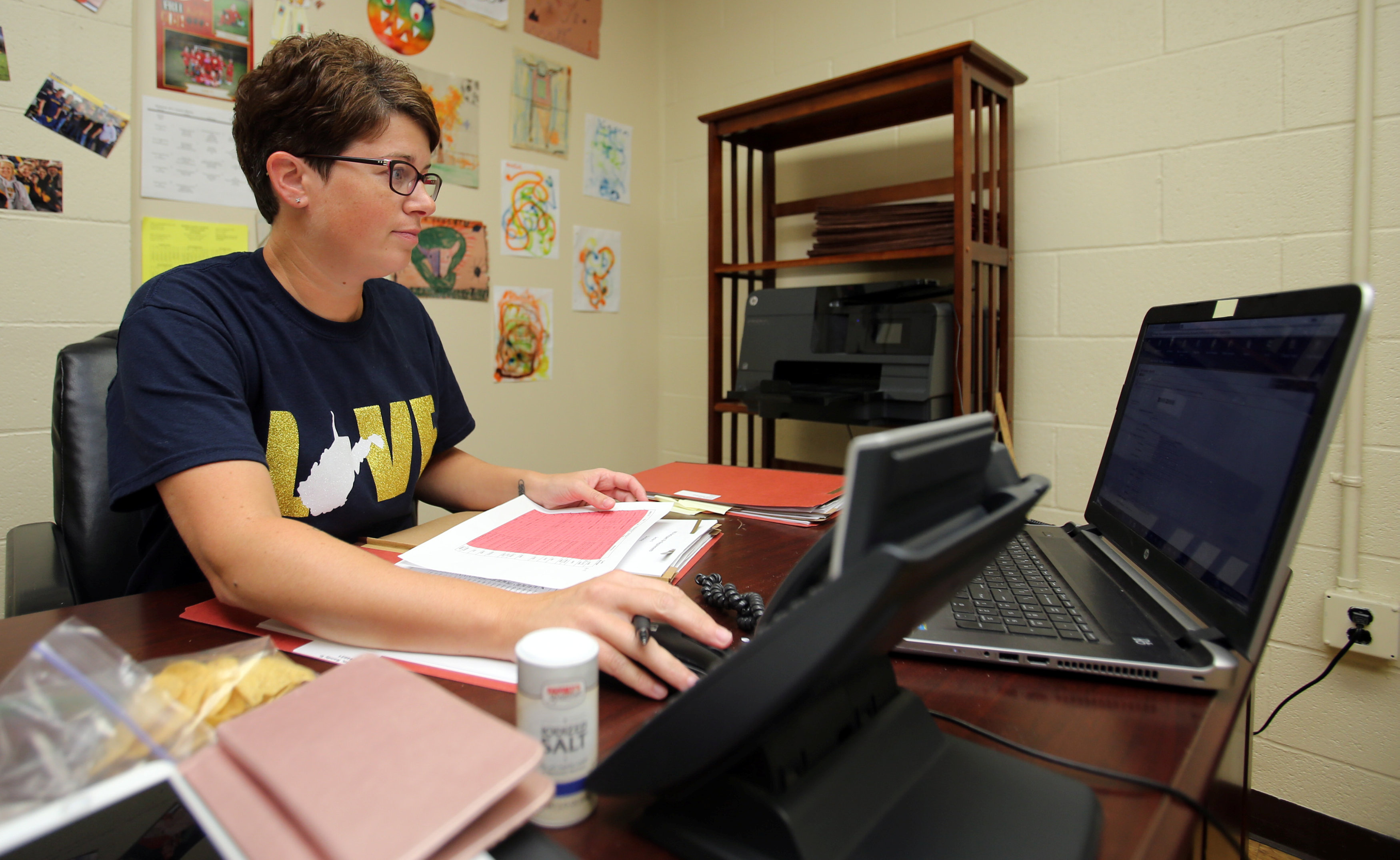 Career center representative Alison Hall works on the computer looking to place out of work coal miners at the Mining Technology and Training Center just outside of Waynesburg, Pennsylvania. REUTERS/Aaron Josefczyk

The Pennsylvania Department of Labor has received about $2 million since 2015 from the federal POWER program, an initiative of former President Barack Obama to help retrain workers in coal-dependent areas. But the state is having trouble putting even that modest amount of money to good use.

In Greene and Washington counties, 120 people have signed up for jobs retraining outside the mines, far short of the target of 700, said Ami Gatts, director of the Washington-Greene County Job Training Agency. In Westmoreland and Fayette counties, participation in federal job retraining programs has been about 15 percent of capacity, officials said.

“I can’t even get them to show up for free food I set up in the office,” said Dave Serock, an ex-miner who recruits in Fayette County for Southwest Training Services.

Programs administered by the Appalachian Regional Commission, a federal and state partnership to strengthen the region’s economy, have had similar struggles. One $1.4 million ARC project to teach laid-off miners in Greene County and in West Virginia computer coding has signed up only 20 people for 95 slots. Not a single worker has enrolled in another program launched this summer to prepare ex-miners to work in the natural gas sector, officials said.

Greene County Commissioner Zimmerman said he’d like to see a big company like Amazon or Toyota come to southwestern Pennsylvania to build a distribution or manufacturing plant that could employ thousands.

But he knows first the region needs a ready workforce.

Amazon spokeswoman Ashley Robinson said the company the company typically works with local organizations to evaluate whether locations have an appropriate workforce and has no current plans for distribution operations in Western Pennsylvania. Toyota spokesman Edward Lewis said the company considers local workforce training an “important consideration” when deciding where to locate facilities. 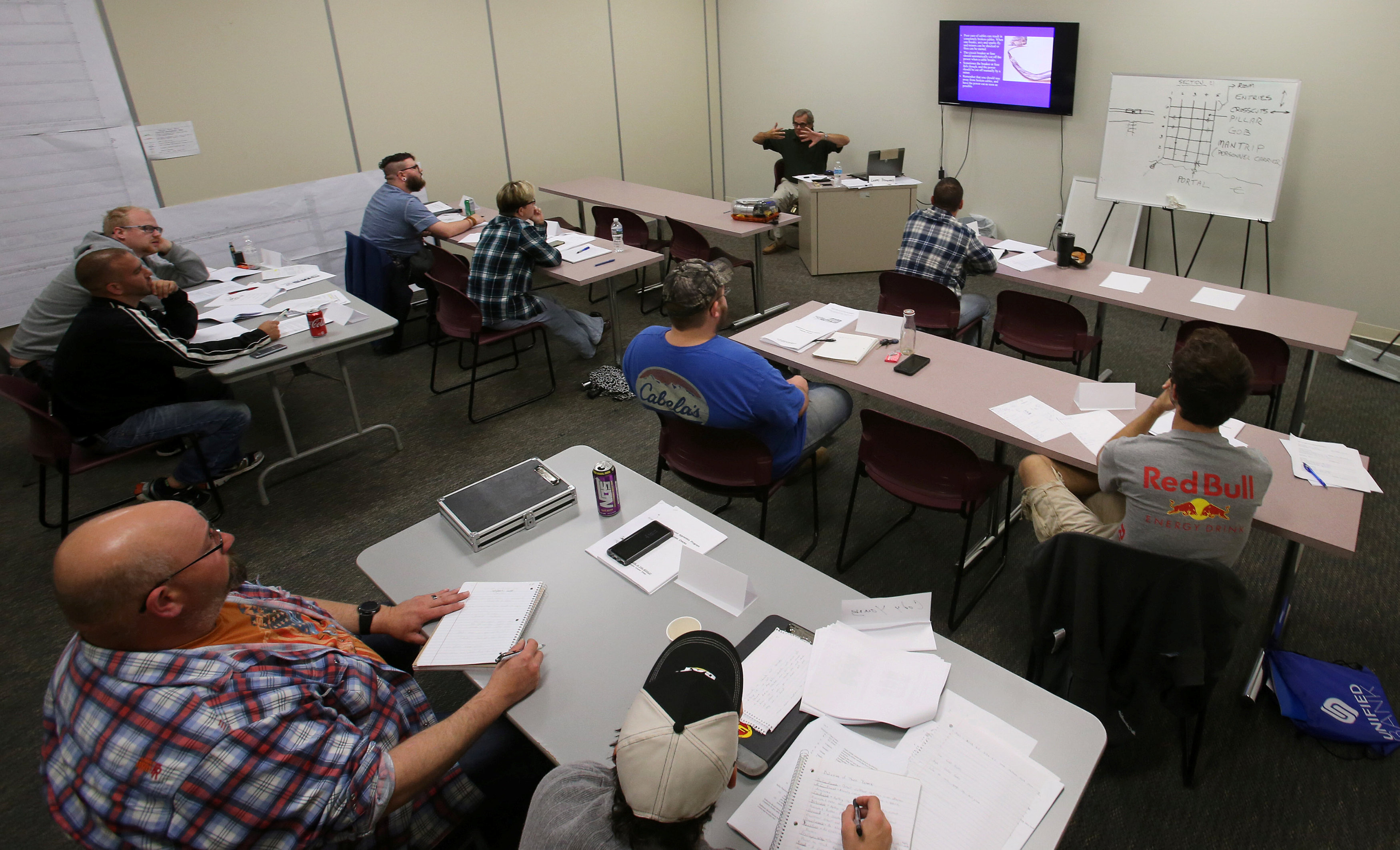 For Sean Moodie and his brother Steve spent the last two years working in the natural gas industry, but see coal as a good bet in the current political climate.

“I am optimistic that you can make a good career out of coal for the next 50 years,” said Sean Moodie.

Coal jobs are preferable to those in natural gas, they said, because the mines are close to home, while pipeline work requires travel. Like Sylvester, the Moodie brothers are taking mining courses offered by Consol’s recruiter, GMS.

Bob Levo, who runs a GMS training program, offered a measure of realism: The point of the training is to provide low-cost and potentially short-term labor to a struggling industry, he said.

“That’s a major part of the reason that coal mines have been able to survive,” he said. “They rely on us to provide labor at lower cost.”

Clemmy Allen, 63, a veteran miner and head of the United Mineworkers of America’s Career Centers, said miners are taking a big risk in holding out for a coal recovery.

He’s placing his hopes for the region’s future on retraining. UMWA’s 64-acre campus in Prosperity, Pennsylvania – which once trained coal miners – will use nearly $3 million in federal and state grants to retrofit classrooms to teach cybersecurity, truck driving and mechanical engineering.

“Unlike when I worked in the mines,” he said, “if you get laid off now, you are pretty much laid off.”

Follow Trump’s impact on energy, environment, healthcare, immigration and the economy at The Trump Effect – https://www.reuters.com/trump-effect