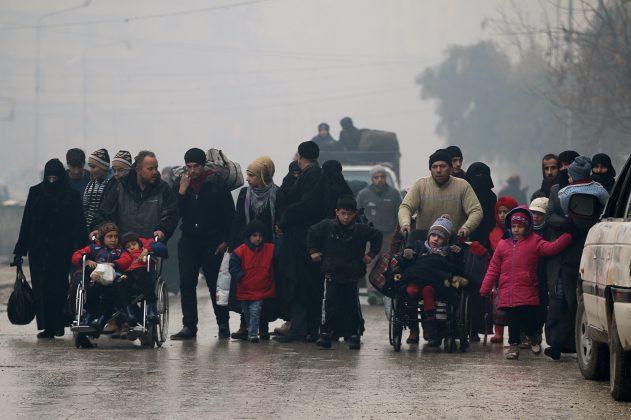 By Laila Bassam and Stephanie Nebehay

ALEPPO, Syria/GENEVA (Reuters) – Rebel resistance in Syria’s Aleppo ended on Tuesday after years of fighting and months of bitter siege and bombardment that culminated in a bloody collapse of their defenses this week, as insurgents agreed to withdraw in a ceasefire.

Rebel officials said fighting would end on Tuesday evening and insurgents and the civilians who have been trapped in the tiny pocket of territory they hold in Aleppo would leave the city for opposition-held areas of the countryside to the west.

News of the deal, confirmed by Russia’s U.N. envoy, came after the United Nations voiced deep concern about reports it had received of Syrian soldiers and allied Iraqi fighters summarily shooting dead 82 people in recaptured east Aleppo districts. It accused them of “slaughter”.

“My latest information is that they indeed have an arrangement achieved on the ground that the fighters are going to leave the city,” Russian U.N. Ambassador Vitaly Churkin told reporters. It could happen “within hours maybe”, he said.

A surrender or withdrawal of the rebels from Aleppo would mean the end of the rebellion in the city, Syria’s largest until the outbreak of war after mass protests in 2011.

By finally dousing the last embers of resistance burning in Aleppo, Syrian President Bashar al-Assad’s military coalition of the army, Russian air power and Iran-backed militias will have delivered him his biggest battlefield victory of the war.

However, while the rebels, including groups backed by the United States, Turkey and Gulf monarchies, as well as jihadist groups that the West does not support, will suffer a crushing defeat in Aleppo, the war will be far from over.

“The crushing of Aleppo, the immeasurably terrifying toll on its people, the bloodshed, the wanton slaughter of men, women and children, the destruction – and we are nowhere near the end of this cruel conflict,” U.N. High Commissioner for Human Rights Zeid Ra’ad al-Hussein said in a statement. 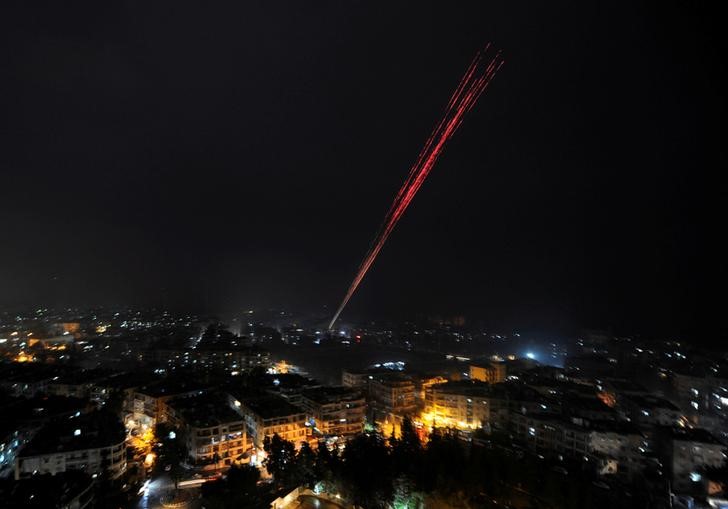 The rout of rebels from their ever-shrinking territory in Aleppo has sparked a mass flight of civilians and insurgents in bitter weather, a crisis the United Nations said was a “complete meltdown of humanity”.

“The reports we had are of people being shot in the street trying to flee and shot in their homes,” said U.N. spokesman Rupert Colville. “There could be many more.”

The Syrian army has denied carrying out killings or torture among those captured, and its main ally Russia said on Tuesday rebels had “kept over 100,000 people as human shields”.

U.N. Secretary-General Ban Ki-moon briefed the 15-member U.N. Security Council at 12 p.m. (1700 GMT) at the request of Britain and France. France said it had called for a meeting to focus on possible war crimes and crimes against humanity.

Behind those fleeing was a wasteland of flattened buildings, concrete rubble and bullet-pocked walls, where tens of thousands had lived until recent days under intense bombardment even after medical and rescue services had collapsed.

Colville said the rebel-held area was “a hellish corner” of less than a square kilometer, adding its capture was imminent.

The Syrian army and its allies could declare victory at any moment, a Syrian military source had said, predicting the final fall of the rebel enclave on Tuesday or Wednesday, after insurgent defenses collapsed on Monday.

(Reporting By Laila Bassam in Aleppo, Orhan Coskun in Ankara, Lisa Barrington and Tom Perry in Beirut, Suleiman al-Khalidi in Amman and Tom Miles and Stephanie Nebehay in Geneva; Writing by Angus McDowall in Beirut; Editing by Pravin Char and Peter Millership)