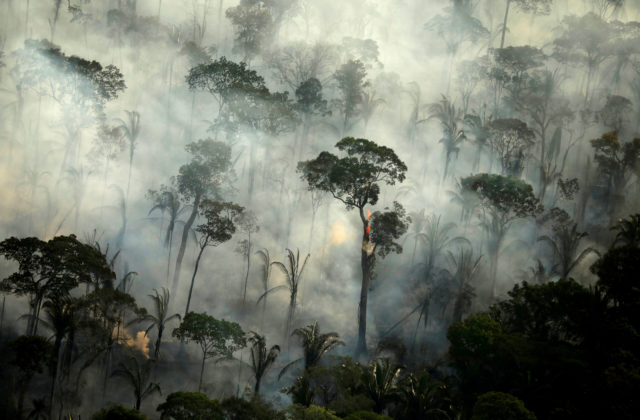 FILE PHOTO: Smoke billows from a fire in an area of the Amazon rainforest near Porto Velho, Rondonia State, Brazil, September 10, 2019. REUTERS/Bruno Kelly

Government data released on Friday showed that deforestation rose 55% in the first four months of the year, compared to the same period a year ago, to 1,202 square kilometers (464 square miles). That comes on top of last year’s destruction rising to an 11-year high, provoking international outcry that not enough was being done to protect the world’s largest rainforest.

President Jair Bolsonaro issued a decree last week deploying the military to the region, repeating a move he made last year to send in the armed forces after forest fires and deforestation surged. This year troops are being sent in three months earlier than in 2019.