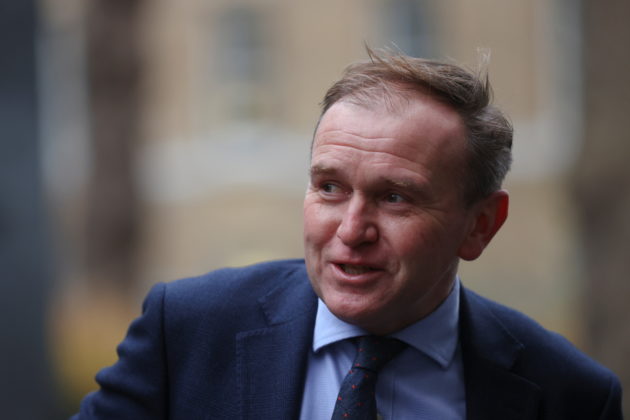 LONDON (Reuters) – Britain will require passengers arriving from countries where worrying coronavirus variants are spreading to pay for 10 days of quarantine in hotels, while rule-breakers will face heavy fines or jail terms, under tighter restrictions from next week.

The new travel rules add to restrictions that already ban travel abroad for holidays. The government said the stronger measures were needed to prevent new variants of the virus from thwarting Britain’s rapid vaccination program.

Airlines and travel companies called for more government aid, saying the new rules would deepen a crisis that has seen them lose nearly all their revenue.

Health secretary Matt Hancock said people could be sent to prison and fined up to 10,000 pounds ($14,000) if they break the rules which come into force on Feb. 15.

“Anyone who lies on the passenger locator form and tries to conceal that they’ve been in a country on the ‘red list’ in the 10 days before arrival here, will face a prison sentence of up to 10 years,” Hancock told parliament.

British and Irish nationals arriving in England who have been in high risk countries in the last 10 days would be required to pay 1,750 pounds ($2,400) to cover the cost of a minimum 10-day quarantine in a designated hotel, Hancock said.

All arrivals into the UK will also have to take further COVID-19 tests on day 2 and day 8 of their quarantines, he said, on top of a pre-departure test already required.

Britain has rolled out the fastest vaccination program of any large country. But there has been alarm in recent days after reports that the vaccines it is using may be less effective against some new variants of the virus, such as one that has spread rapidly in South Africa.

NO END IN SIGHT

The government, criticized in recent weeks for being slow to bring in tougher border measures, said the stricter rules could stay in place until it is sure vaccines work against new variants, or booster shots become available.

“Strong protections at the border are part of defending and safely allowing the domestic opening up,” Hancock said.

British airlines and airports issued a new cry for help, the latest of many, urging the government to provide more support to make sure the sector makes it through the year, and to issue a roadmap on how it will ease restrictions.

“Airports and airlines are battling to survive with almost zero revenue and a huge cost base, and practically every week a further blow lands,” aviation trade bodies said.

Hancock said the measures could not be in place permanently and would be replaced “over time with a system of safe and free international travel”.

The government said it had contracted 16 hotels for an initial 4,600 rooms for hotel quarantine and would secure more as needed, with further details due to be published on Thursday.

Quarantines in hotels have been used by Australia and New Zealand as a strategy to sharply limit the spread of the coronavirus.