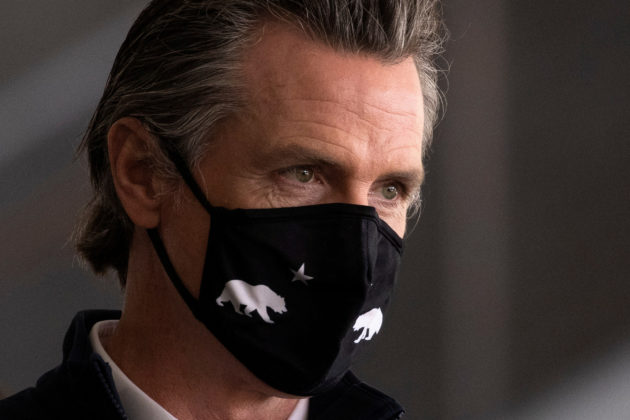 LOS ANGELES (Reuters) – California’s governor said on Monday he and Democratic lawmakers had reached a deal to fund the reopening of schools for students up to second grade, as the numbers of new COVID-19 cases in the state and country drop to their lowest this year.

California’s $6.6 billion budget package marks the latest effort by a U.S. state to get school children back in class after nearly a year confined to home learning by political leaders in the face of the coronavirus pandemic.

“You can’t reopen your economy unless you get your schools reopened for in-person instruction,” Governor Gavin Newsom, said at a Monday afternoon news briefing announcing the agreement with Democratic leaders in the state legislature.

But the deal does not include an order by Newsom, a first-term Democrat, for public schools to open by a certain date, and the governor conceded that negotiations may still need to take place with teachers’ unions.

“We expect all of our transitional kindergarten to grade two classrooms open within the next month,” Newsom said. “And our core belief is this: Once you dip your toe in … once you build trust, then we will start to see a cadence of reopening across the spectrum.”

The $6.6 billion will partly pay for personal protective gear and improved classroom ventilation. The deal would also make vaccinating teachers and other school employees a priority in California, the nation’s most populous state.

Newsom has imposed some of the harshest restrictions of any U.S. state on California’s roughly 40 million residents, and many businesses remain closed one year into the pandemic.

The governor, who was sharply criticized after he was photographed eating at a posh Napa Valley restaurant late last year despite ordering Californians to stay home, has seen his approval ratings dip and is the subject of a recall effort.

Despite plummeting numbers of COVID-19 cases, hospitalizations and deaths nationwide, most students across the United States remain stuck at home as governors and local leaders seek to navigate complicated political and logistical hurdles to reopen schools.

Public school students in many of Maryland’s most populous areas returned to in-class instruction on Monday.

“School buses are on the road this morning – a welcome sight as we give more young Marylanders the opportunity to get safely back in the classroom,” Governor Larry Hogan said on Twitter.

New Jersey Governor Phil Murphy on Monday announced that as of March 15, pre-K-12 teachers and childcare workers would be eligible for vaccination.

While New Jersey lags behind other states in making vaccinations available to teachers, Murphy said two-thirds of classes are already hybrid or completely in-person.