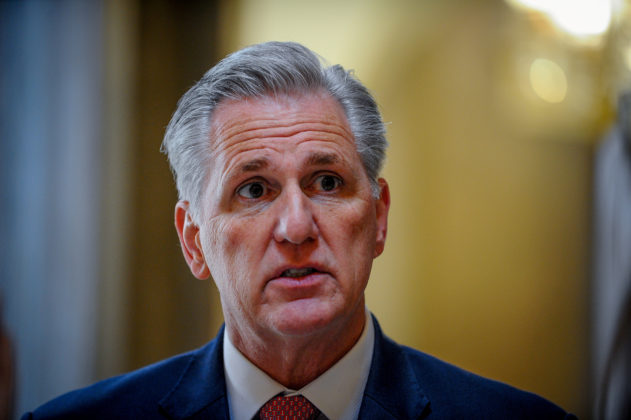 By Doina Chiacu and Susan Cornwell

WASHINGTON (Reuters) – U.S. Democrats and Republicans feuded on Monday over who was responsible for delay even as they worked on details of a possible $450 billion-plus deal to provide more aid to small businesses and hospitals hurt by the coronavirus pandemic.

“We could have been done yesterday, but the Democrats continue to hold up, even though we had agreed to all the numbers,” Representative Kevin McCarthy, House of Representatives minority leader, told Fox News.

President Donald Trump said on Sunday that Republicans were “close” to an agreement with Democrats, who have the majority in the House, and suggested there could be a resolution on Monday.

But there was no immediate deal on Monday morning, and the two parties took shots at one another over the holdup.

“How many more millions of (House Speaker Nancy) Pelosi’s layoffs will we have to endure before she will put people before politics?” McCarthy wrote on Twitter Monday.

Pelosi spokesman Drew Hammill shot back that Democrats, who have the majority in the House, have given notice that there could be floor action on a bill as soon as Wednesday.

The legislation “could pass by unanimous consent in the House tomorrow, but you cannot control your members who want a recorded vote,” Hammill said in comments aimed at McCarthy. “The delay will be on your end @GOPLeader.”

Representative Thomas Massie, a Republican, sought a recorded vote the last time the House passed a $2.3 trillion coronavirus relief package, and has warned he may seek to block future bills from passing without a roll call vote.

Pelosi on Twitter lamented the “staggering” coronavirus death toll numbers, which have crossed 40,000 in the United States.

Representative Lee Zeldin, a Republican member of the House, said on Fox News that a bipartisan deal was looking good that would include $310 billion for a small business aid program established last month as part of the $2.3 trillion coronavirus economic relief plan.

That fund, aimed at helping small businesses keep workers on their payrolls during the economic slowdown brought on by the pandemic, has already been exhausted.

Zeldin said there would be at least $50 billion more for a separate small business loan program under the deal still under negotiation. A Democratic source familiar with the talks has said this figure was more likely to be $60 billion.

“I believe that there is a deal coming,” Zeldin said.

The Democratic source, speaking on condition that he not be named, said some $60 billion of the $310 billion was likely to be set aside for minority and rural businesses.

Republican Senator Bill Cassidy said aid for states and municipalities will not be included in the package now being negotiated. Cassidy, whose home state of Louisiana has been among those hit hardest by the pandemic, told reporters on a conference call that he thought it made sense because it will too early to assess the extent of the damage in various states.