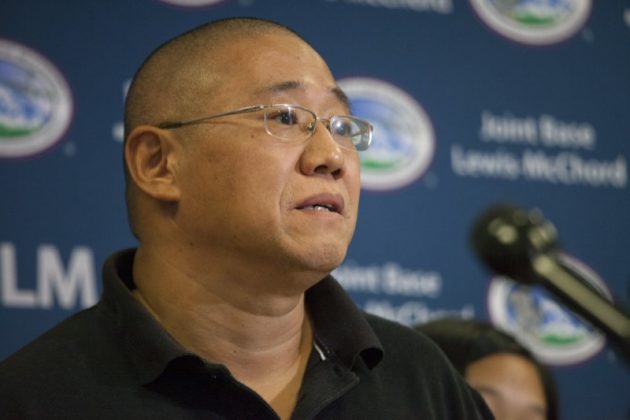 Fowle, 59, is one of 16 Americans who have been imprisoned by the reclusive state over the last two decades, including three who remain detained. Like student Otto Warmbier, he visited North Korea with a tour group and was taken into custody at the airport when trying to leave.

But Fowle was released in relatively good physical health after a six-month detention. Warmbier, 22, died at a Cincinnati hospital on Monday, just days after he was released from captivity in a coma. The family declined an autopsy.

“Otto Warmbier’s death was a sudden tragedy for all of America,” Fowle said in a telephone interview on Tuesday. “It doesn’t take much to get in trouble in North Korea.”

Both men committed infractions that would be considered minor in most parts of the world. Fowle left a Bible behind in a nightclub in the coastal city in Chongjin. Warmbier was convicted for trying to steal a banner linked to former North Korean leader Kim Jong Il from a Pyongyang hotel used by foreign tourists.

However, in the eyes of North Korea, where Kim Jong Il is revered as a demigod and proselytizing is seen as an assault on the state, the two had committed heinous crimes.

Fowle spent nearly a month of his detention in a hotel for foreigners and then was moved to a guest house in another part of Pyongyang. Like others held under varying terms of detention, from cramped, windowless shacks offering little protection from the country’s bitter cold to hotel rooms, Fowle recalled the sense of isolation he felt.

“The emotional strain was high, especially during the early part of my detention when I was coached on how to formulate my admission of guilt,” Fowle said, adding, “I was never physically abused.”

The longest-serving of the American prisoners, Christian missionary Kenneth Bae, has said he had to shovel coal, haul rocks and had about 30 guards keeping watch over him as their sole prisoner during his two years in captivity beginning in 2012.

“Although we don’t know everything about life in North Korea, this much is sure: innocent people like Otto are suffering,” Bae said in a statement after Warmbier’s death.

The news of Warmbier’s death reminded George Hunziker, 59, of his younger brother Evan’s imprisonment in North Korea after being charged with spying in 1996. Evan Hunziker, then 26, was held for three months and committed suicide about a month after his return to the United States.

George Hunziker said his brother was young like Warmbier and did not realize the seriousness of his actions. He swam from China across the border with North Korea and was arrested. He was later charged with spying.

“You’re in America and you think you can do stuff and there’s no consequences, but in North Korea you don’t have those same privileges,” he said. “I wish somebody could do something about those crazy people over there.” 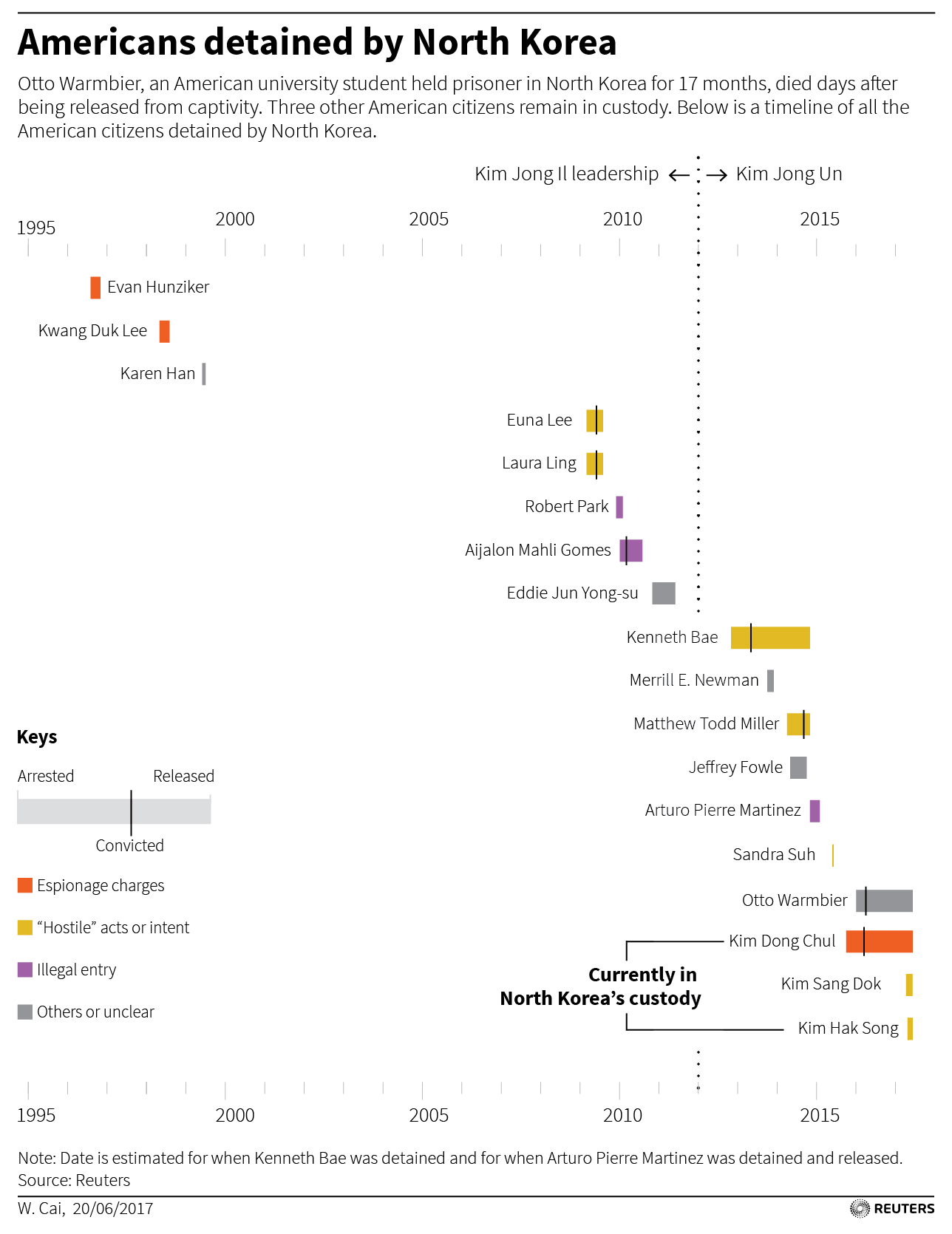