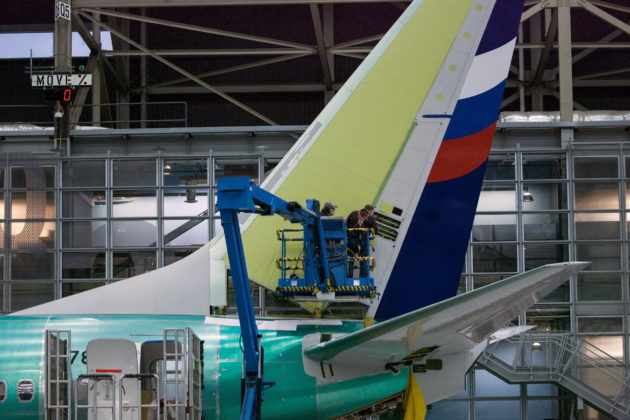 WASHINGTON (Reuters) – The Federal Aviation Administration (FAA) on Friday issued an emergency airworthiness directive for 2,000 U.S.-registered Boeing 737 NG and Classic aircraft that have been in storage, warning they could have corrosion that could lead to a dual-engine failure.

The directive covers planes not operated for seven or more consecutive days. The FAA issued the directive after inspectors found compromised air check valves when bringing aircraft out of storage.

If corrosion is found, the valve must be replaced prior to the aircraft’s return to service, the FAA said.

Boeing Co. said on Friday it had advised operators to inspect the planes and added “with airplanes being stored or used infrequently due to lower demand during the COVID-19 pandemic, the valve can be more susceptible to corrosion.”

U.S. airlines stored thousands of airplanes after the coronavirus pandemic sharply reduced travel demand and some have been bringing some aircraft back into service as demand rises.

The FAA said the directive is to address corrosion of the engine bleed air 5th stage check valves for both engines. The agency said that could result in compressor stalls and dual-engine power loss without the ability to restart.

Boeing said it is providing inspection and replacement information to fleet owners if they find an issue.

American Airlines and Southwest Airlines, two large U.S. operators of the 737, said they had not experienced the issues described in the directive. United Airlines said it is complying with the directive and does not anticipate an impact on operations.

(Reporting by David Shepardson in Washington; Additional reporting by Tracy Rucinski in Chicago; Editing by Steve Orlofsky and Matthew Lewis)