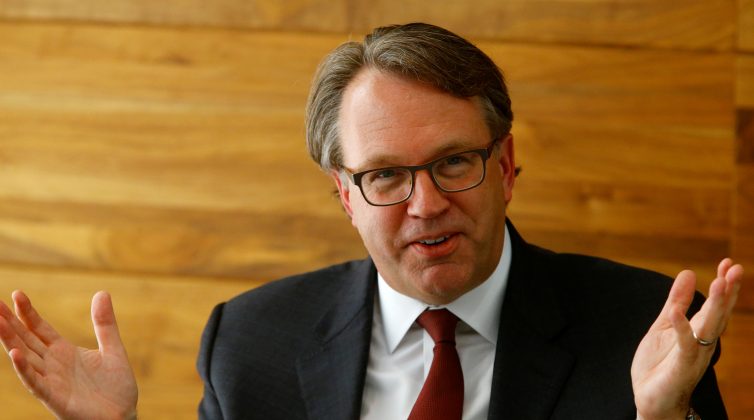 NEW YORK (Reuters) – One of the most influential Federal Reserve policymakers said on Tuesday he expects further interest-rate hikes continuing next year since the U.S. economy is “in really good shape,” reinforcing the Fed’s upbeat tone in the face of growing doubts in financial markets.

Even as New York Fed President John Williams told reporters he expects the U.S. expansion to carry on and surpass its previous record around mid-2019, stock markets headed lower Tuesday morning while a potentially worrying trend of “inversion” continued to grip Treasury markets.

The Fed is expected to raise its policy rate another notch this month and, according to policymakers’ forecasts from September, aims to continue tightening monetary policy three more times next year. Futures markets, however, are betting a slowdown overseas and in sectors like U.S. housing will force the Fed to stop short.

Yet Williams, a permanent voter on policy and close ally of Fed Chair Jerome Powell, said lots of signs point to a “quite strong” and healthy labor market, and he predicted economic growth of around an above-potential 2.5 percent in 2019.

“Given this outlook I describe of strong growth, strong labor market and inflation near our goal – and taking into account all the various risks around the outlook – I do continue to expect that further gradual increases in interest rates will best foster a sustained economic expansion and a sustained achievement of our dual mandate,” Williams said at the New York Fed.