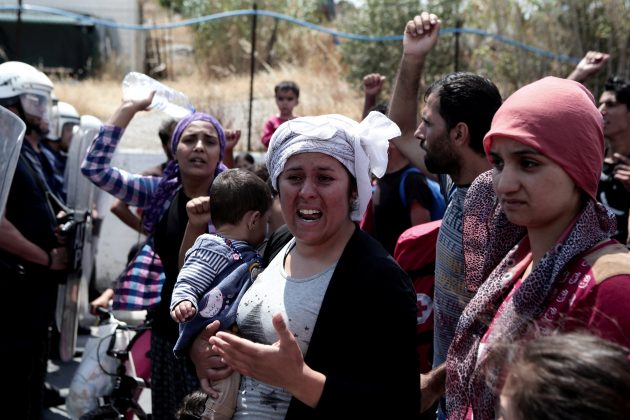 FILE PHOTO: Refugees and migrants from the camp of Moria shout slogans in front of riot police during a protest over the camp's conditions, near the city of Mytilene, on the Greek island of Lesbos, May 26, 2018. REUTERS/Elias Marcou/File Photo