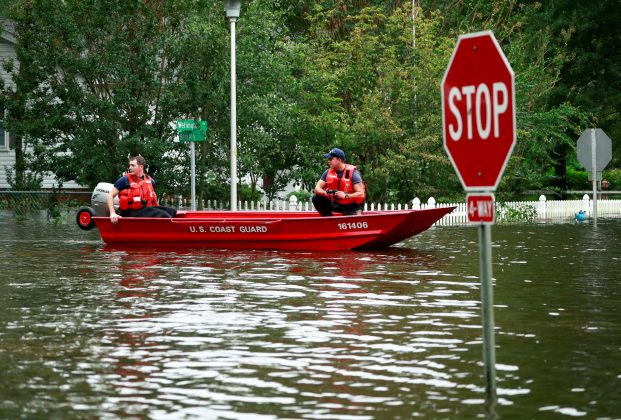 Members of the Coast Guard launch rescue boats into the neighborhood of Mayfair in the flood waters caused by Hurricane Florence in Lumberton, North Carolina, U.S. September 16, 2018. REUTERS/Jason Miczek