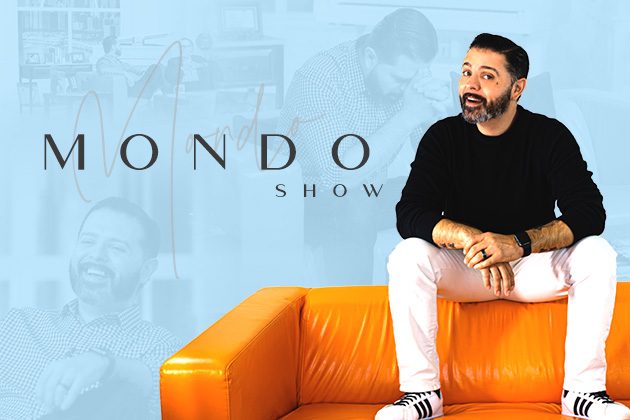 Mondo De Va Lega has been on a journey that most of us could not fathom. From gang life to an incredible walk with God this young co-host of The Jim Bakker Show understands that each step has brought a deeply profound testimony and direction.  For 18 years he has prepared to fulfill the call of God on his life and the potential to change a generation. The time is NOW for him to take this next step.

Years ago, Mondo had a conversation with a very influential leader in America who recognized God’s hand on his life.  He advised him, “Just because you are called doesn’t mean you are ready for your call.” He told Mondo that Jim Bakker had much to teach him and that he needed to learn to serve under him and in time God would show him his call and appoint the right time to fulfill the call of God in his life.  Mondo has done just that gleaning as much as he could from his teacher.

“I began to serve under Pastor Jim, learning everything about television and began to be mentored by him about how to know Christ in an intimate way. I thank Pastor Jim for believing in me and giving me an opportunity to fulfill the call of God in my life. Today Pastor Jim has become my father, my mentor, and my friend,” Mondo responded when asked about the timing of his new show.

“On July 4th, the opening of Prayer Mountain Chapel at Morningside USA, Jim Bakker prayed and laid hands on my head and began to prophesy over me. He told me that this is my time and the beginning of God’s calling in my life. I have learned to pace myself and be patient, walking in obedience waiting for God to release the time for me to step into my calling. My show is for a generation that wants to have a real, straight forward conversation about today’s issues.”

Mondo’s show is a raw, non-polished, organic way to have a  conversation. The topics are all about life today. Subjects such as:

Latinos in America: “America doesn’t know what to do with us”

Technology: How it is increasing so rapidly, even though many in the scientific community are loudly warning about the potential health effects

Artificial Intelligence: The way of the Future, the way of a New life

Christianity: The war to destroy Christian America, what does this look like in real life?

Bible prophecy: Where are we according to the Bible?

Politics: News headlines and how they are affecting us in today’s society

Millennials and the culture change that is taking place

“The subject matter, the questions, are the things people are afraid to ask because it makes everyone feel nervous; even though we are all thinking about it,” Mondo said about the new show.  “I want to bring in the men and women who are making a difference in our communities, in our culture and in our lives. It’s a journey to understand the misunderstood.”

Mondo De La Vega recognizes that more people are seeing that the times are changing. They can’t explain why or what it is but certainly what used to be considered good is now being perceived as Evil and Evil is now the new Norm. “The Christian community is having a difficult time adjusting and finding their place in society and in our culture. Our country is no longer being accepted as Christian and it has left Christianity in a state of shock.”

In fighting this spiritual battle for our nation and our world Mondo believes we must continue to engage in conversation about today’s culture but also stresses on the most powerful:

“The most important thing we need is to pray and ask God to continue to give us wisdom and show us the way. Without the anointing, we are just another show, another film trying to compete with Hollywood. The very thing that makes us different is the anointing of the Holy Spirit. We need the anointing back in our lives.  It’s the game-changer!”

Please join us tonight and every Monday evening at 8 pm ct and connect on a new level.  “Mondo Show” can be seen on the PTL Network from your Roku, Apple TV, Amazon Fire TV or ptlnetwork.com to tune in!

Don’t forget!  Get our new smartphone app for PTL Television Network and watch this and other amazing Christian programming, anytime, anywhere!