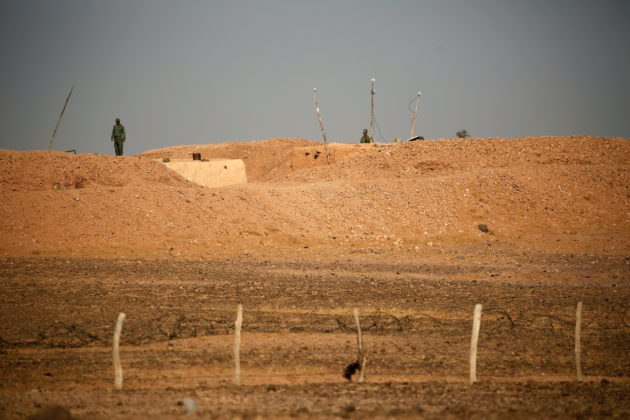 FILE PHOTO: Moroccan soldiers are seen on an earth wall that separates areas controlled by Morocco and the Polisario Front in Western Sahara, September 10, 2016. REUTERS/Zohra Bensemra