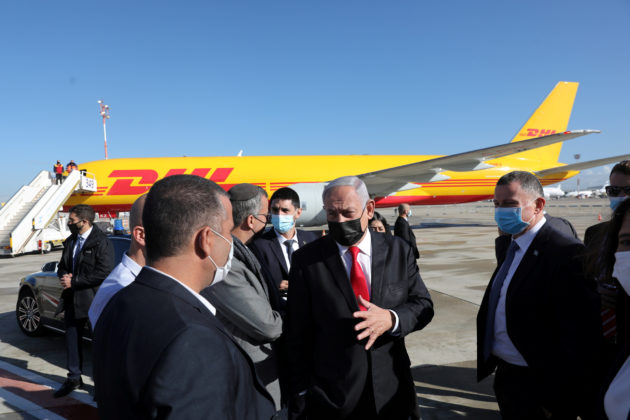 JERUSALEM (Reuters) – Israel will next month halt its cellphone tracking of coronavirus cases except for carriers who refuse epidemiological questioning or in the event of a surge in contagions, a government ministry said.

Used on and off since March in efforts to curb COVID-19, the Shin Bet counter-terrorism agency’s surveillance technology checks confirmed carriers’ locations against other cellphones nearby to determine with whom they came into contact.

The method has faced challenges in courts and parliament because of privacy concerns and questions about its efficacy. Some Israelis avoid using listed cellphones in public in the hope of not being contact-traced and ordered into quarantine.

A cabinet panel that reviewed the tracking decided it would not be extended beyond Jan. 20, when a law allowing its use expires, the Intelligence Ministry said.

“The tool will serve as a safety net, to be applied regarding coronavirus carriers who do not cooperate with the epidemiological investigation and in the event of a significant rise in morbidity,” it said in a statement.

The surveillance alone had accounted for 7% of case detections in Israel, with questioning by Health Ministry investigators accounting for the rest, it said.

Israel, which has a population of 9 million, has reported 365,042 coronavirus cases and 3,034 deaths. After two national lockdowns, the country may soon reimpose curbs on towns where contagions are resurgent, officials said.

Prime Minister Benjamin Netanyahu will on Saturday be the first person in Israel to receive the COVID-19 vaccine made by Pfizer and BioNTech, shipments of which began arriving last week.

Officials say Israel will have enough vaccines by the end of this year for the most vulnerable people and predict a return to relative normalcy by March. Polls found that some two-thirds of Israelis want to be vaccinated.