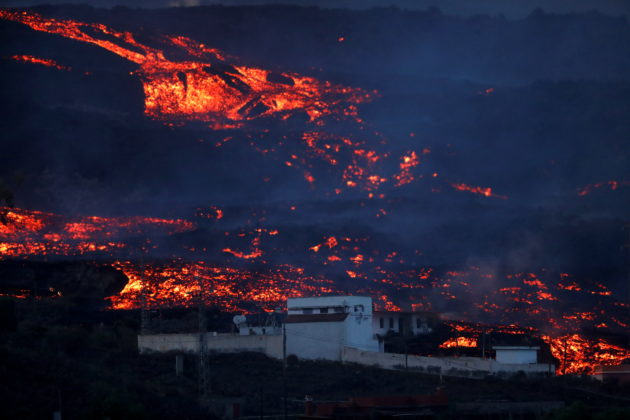 Lava from the Cumbre Vieja volcano flows among houses on the Canary Island of La Palma, as seen from Tajuya, Spain, October 19, 2021. REUTERS/Susana Vera