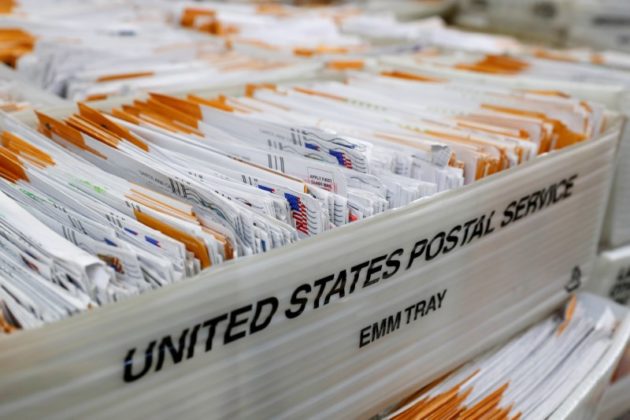 DETROIT (Reuters) – A Michigan judge ruled on Friday that mailed ballots postmarked by Nov. 2 must be counted in the state as long as they are received within two weeks after the Nov. 3 election, the latest move by a U.S. court to protect voting rights in the pandemic.

Michigan Court of Claims Judge Cynthia Diane Stephens made the ruling in a case brought by the Michigan Alliance for Retired Americans, and argued for by Marc Elias, an elections lawyer working with Democratic presidential nominee Joe Biden’s campaign.

The ruling said the ballots must be received “by the clerk’s office no later than 14 days after the election has occurred,” and would apply to this year’s election as a special provision due to the coronavirus pandemic.

Late arriving ballots “are eligible to be counted in the same manner as all provisional ballots” up until the time when the election is certified, Stephens said.

Elias, in a tweet, called the ruling a “major victory for voting rights” in the state, though it is likely to be appealed.

“This helps rectify issues with delays from the USPS, while relieving pressure on voters to make sure their ballot is received in time to be counted,” said Michigan Democratic Party Chairwoman Lavora Barnes. “This is a victory for every voter in Michigan.”

Democrats and Republicans have clashed over the rules for voting by mail ahead of the November election, when there is expected to be a surge in mail voting because of the virus.

That has led to controversy over whether the U.S. Postal Service (USPS) will be able to handle the mail rush in time to ensure that voters who mailed their ballots would not be disenfranchised.

The Michigan ruling also cleared the way for anyone to help deliver a person’s ballot to clerks “between 5:01 p.m. on the Friday before the election and the close of polls on Election Day,” a practice normally banned under law unless the delivery is done by a family member, an election official or mail carrier.

The ruling came a day after Pennsylvania’s top court ruled that state officials can accept mail ballots up to three days after the election, as long as they were mailed by Election Day.

But not all courts have moved to expand voting rights.

A federal appeals court last week rejected Texas Democrats’ bid to allow all state residents to vote by mail due to the coronavirus pandemic, ruling that the state’s law extending that right only to those over 65 was not unconstitutional age discrimination.

Another federal appeals court last week said Florida could require felons to pay all fines, restitution and legal fees they face before they can regain their right to vote.