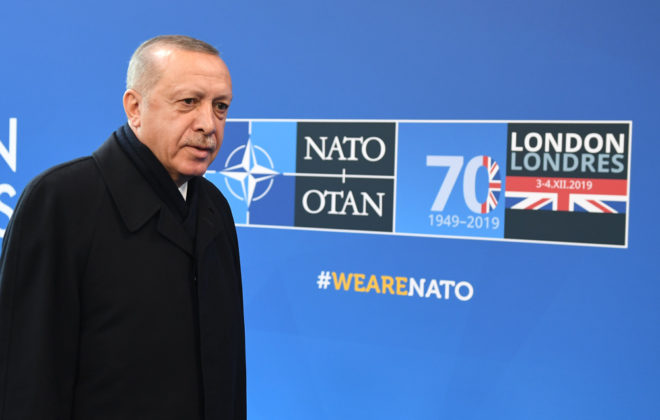 Turkey's President Recep Tayyip Erdoğan, is trying to turn what appears to be the most strategic move in NATO's history into carpet-trading at Istanbul's Grand Bazaar. Pictured: Erdoğan arrives for the NATO summit in Watford, England, on December 4, 2019