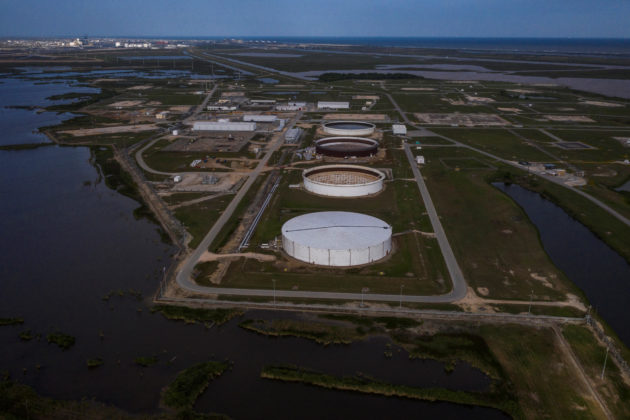 U.S. crude inventories fell by 3.2 million barrels in the week to Jan. 8 to 482.2 million barrels, exceeding analysts’ expectations in a Reuters poll for a 2.3 million-barrel drop, as refiners increased crude runs, the Energy Information Administration said.

“The strong tick higher in refining activity has resulted in the fifth consecutive draw to oil inventories, pushing them to their lowest since last March,” said Matt Smith, director of commodity research at ClipperData.

Refinery crude oil runs were up by 274,000 barrels per day in the last week, EIA said.

Adding to optimism over a tightening market, Saudi Arabia cut supplies of crude for February loading for at least three Asian buyers while meeting requirements of at least four others, several refinery and trade sources told Reuters.

But rising COVID-19 cases that continue to spur restrictions on travel and other activities by governments across the world limited oil prices and the pandemic is expected to cast a shadow on the market for months to come, analysts said.

“While I see crude prices trading higher over the coming months, investors need to be mindful that the road to higher oil demand and prices will remain bumpy,” UBS oil analyst Giovanni Staunovo said.

Governments across Europe announced tighter and longer coronavirus lockdowns on Wednesday over fears about a fast-spreading variant first detected in Britain, with vaccinations not expected to help much for another two to three months.

China recorded the biggest daily jump in COVID cases in more than five months, despite four cities in lockdown, increased testing and other measures aimed at preventing another wave of infections in the world’s second biggest economy.