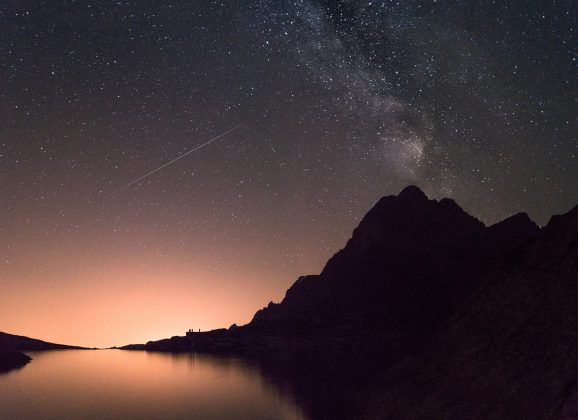 A shooting star seen over a mountain - stock photo courtesy of Pixabay.

Luke 21:25 MEV “There will be signs in the sun and the moon and the stars; and on the earth distress of nations, with perplexity, the sea and the waves roaring;”

The Heavens will be providing Earth with a beautiful show this weekend, the peak of the Orionid Meteor Shower. Multiple sources, including Accuweather, USA Today, and ABC 7, state that Saturday morning (just before dawn) will be the ideal time to watch the meteor shower. However, the meteor shower will still be visible Saturday and Sunday from midnight until dawn.

The eastern horizon should have the best views of meteor shower, but NASA reports that the entire Earth will be able to view the event. Bruce McClure of EarthSky told USA Today that the darkest areas should see a maximum of 10-15 meteors per hour. Also, no special equipment is needed to see the shooting stars.

The Orionid Meteor Shower happens as a result of Earth’s orbit intersecting with the path of the legendary Halley’s Comet, last seen in 1986. While Halley’s Comet is still very far away and won’t be seen again until 2061, it leaves behind debris and dust that strikes Earth’s atmosphere.

If the meteor shower originates from Halley’s Comet, why is it named the Orionid Meteor Shower? Despite its source, the meteor shower is named after the constellation, Orion, because the comets seem to radiate from Orion. Space.com suggests looking 30 degrees above Orion’s sword (or club, depending on the lore) to see the most shooting stars. Your fist at arm’s length is approximately the equivalent of 10 degrees, so measure three fist lengths above Orion.

Accuweather reports that clear skies are in the forecast for most of the Southwest, but the central and northwestern regions of the U.S. may have clouds blocking their views of the meteor shower.