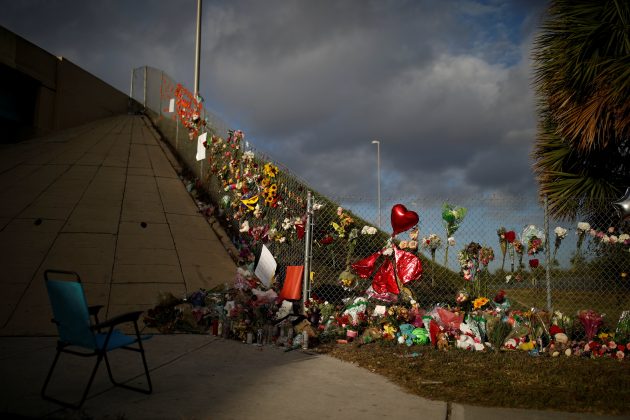 An empty chair is seen in front of flowers and mementoes placed on a fence to commemorate the victims of the mass shooting at Marjory Stoneman Douglas High School, in Parkland, Florida, U.S., February 20, 2018. REUTERS/Carlos Garcia Rawlins