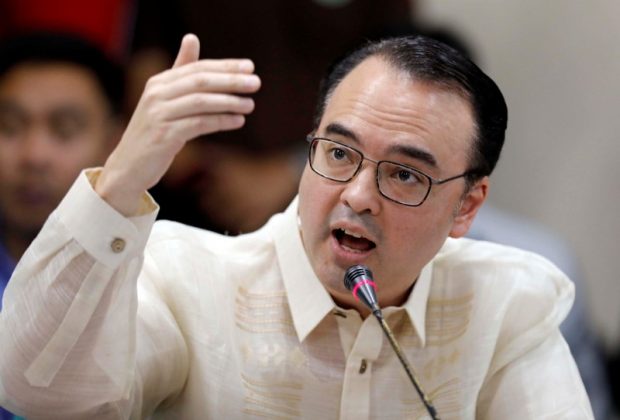 By Martin Petty and Manuel Mogato

MANILA (Reuters) – Southeast Asian nations and China should start with a “gentleman’s agreement” on the busy South China Sea waterway because no mechanism exists to legally enforce any deal, the Philippine foreign minister said on Friday.

The Association of South East Asian Nations (ASEAN) and China on Thursday finished a draft framework for negotiating a code of conduct, despite regional scepticism whether Beijing will commit to rules likely to restrain its maritime ambitions.

Southeast Asian nations with claims in the South China Sea have long wanted to sign China up to a legally binding and enforceable code. It was unclear if that was mentioned in the framework draft, which has not been made public.

“If it’s legally binding, which court can the parties go to? And the countries that do not comply, will they respect that court?” he asked reporters.

“Let’s start with it being binding, gentlemen’s agreement. We have a community of nations that signed it.”

China claims most of the energy-rich South China Sea, through which about $5 trillion in sea-borne trade passes every year. Brunei, Malaysia, the Philippines, Taiwan and Vietnam also have claims.

Click http://tmsnrt.rs/2qyBNpf for graphic on overlapping claims in the South China Sea

Last year, the Permanent Court of Arbitration in the Hague invalidated China’s claim to sovereignty over most of the South China Sea, in a case filed on maritime boundaries filed by the previous Philippine government in 2013.

A code of conduct is the key objective of a 2002 Declaration on Conduct, large parts of which China has ignored, particularly a commitment not to occupy or reclaim uninhabited features.

China has piled sand upon reefs to build seven islands in disputed parts of the Spratly archipelago. China has unfinished business there and has been transforming three of the reefs into what experts believe could be forward operating bases.

Philippine President Rodrigo Duterte on Friday described them as “some kind of armed garrison.”

The code framework would envisage a round-the-clock hotline and urge defense officials to find ways to follow the code, Chee Wee Kiong of Singapore’s foreign ministry said on Thursday.

Some ASEAN diplomats fear China’s sudden interest in completing it could be a strategy to buy time for Beijing to wrap up construction activities.

Experts say China wants to appear to engage ASEAN or bind its claimant states to a weak code at a time when U.S. policy on the South China Sea is in a state of flux.

One ASEAN diplomat said the latest draft did not mention any dispute settlement mechanism or sanctions for violations, but focused mostly on managing tension and building trust.

“We are very realistic and practical,” said the source, who declined to be identified. “We wanted first to pick the low hanging fruit. If we went straight to the contentious issues, we would not get to where we are now.”

The framework represented progress, but expectations should be realistic, said Jay Batongbacal, a Philippine academic and expert on the South China Sea.

“Given it’s been 15 years to get to a draft, I’m not really holding my breath,” he added.

Click http://tmsnrt.rs/2pSNmZq for graphic on Turf war on the South China Sea