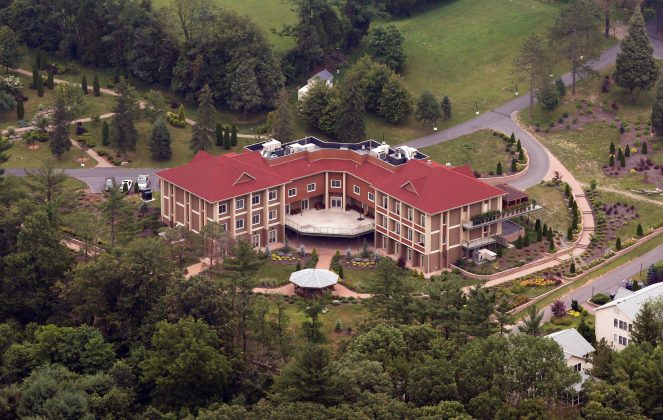 FILE PHOTO: An aerial view of the Golden Generation Worship and Retreat Center in rural Saylorsburg, Pennsylvania, is seen in this picture taken July 9, 2013. REUTERS/Staff/File Photo

(Reuters) – Police were called to the Pennsylvania compound of Fethullah Gulen, the U.S.-based Muslim cleric accused by Turkey of instigating a failed 2016 coup, on Wednesday after a guard fired a shot at a suspected armed intruder, a Gulen spokesman said. 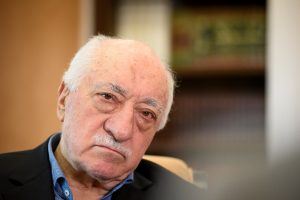 The security guard fired a warning shot as the person tried to enter the compound’s gates, and the intruder fled, the spokesman said. There are no known injuries or arrests, Alp Aslandogan, Gulen’s media adviser, told Reuters.

“Just one shot was fired,” Aslandogan said. “The person disappeared. The incident is over as far as we’re concerned.”

Gulen was inside his residence on the compound at the time.

“His response was that the authorities should be informed and everybody should cooperate fully with the investigation to find out what happened,” Aslandogan said.

Several Pennsylvania State Police cars were seen around the sprawling gated compound and retreat in Saylorsburg in the Pocono Mountains, according to photographs shared online by local news reporters.

Police, who left the scene a short time later, did not respond to requests for comment. A local television station, WNEP, reported that police were still searching for the suspected intruder.

President Tayyip Erdogan and the Turkish government accuse Gulen of orchestrating an attempted coup in July, 2016, in which rogue soldiers commandeered tanks and fighter jets, bombing parliament. More than 240 people were killed in the violence.

His compound is patrolled by a team of uniformed private security guards, some of them armed with handguns.

Erdogan has repeatedly demanded that the United States extradite Gulen to Turkey, straining relations between the two NATO allies. Washington has asked for more compelling evidence of Gulen’s involvement in the attempted coup.

A U.S. evangelical pastor, Andrew Brunson, has been held under house arrest in Turkey after authorities charged him with links to Kurdish militants and Gulen supporters, an accusation he has denied. That case has become a key issue in the worsening diplomatic conflict between the two countries, leading to U.S. sanctions.

(Reporting by Jonathan Allen in New York and Matt Spetalnick in Washington; Editing by Alistair Bell)