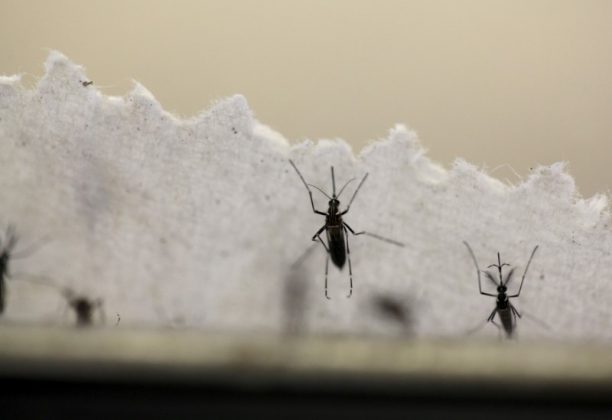 Aedes aegypti mosquitoes are seen at the Laboratory of Entomology and Ecology of the Dengue Branch of the U.S. Centers for Disease Control and Prevention in San Juan, Puerto Rico, March 6, 2016. REUTERS/Alvin Baez/File Photo

(Reuters) – Puerto Rico on Monday declared that the 2016 Zika epidemic is over, saying transmission of the virus that can cause birth defects when pregnant women are exposed has fallen significantly.

The U.S. Centers for Disease Control and Prevention, however, has not changed its travel advice, noting that pregnant women should not travel to Puerto Rico.

The CDC said its travel notice for Puerto Rico remains in place and that it expects the virus will continue to “circulate indefinitely” in most regions where it has been introduced.

The Department of Health and Human Services declaration of a public health emergency in Puerto Rico relating to pregnant women and children born to women with the virus remains in effect, the CDC said in an emailed statement on Tuesday.

On its website, the CDC cites public health reports saying that “mosquitoes in Puerto Rico are infected with Zika virus and are spreading it to people.”

CDC acting Director Dr. Anne Schuchat said in a statement that she is “pleased that the peak of the Zika outbreak in Puerto Rico has come to a close.” However, she said, “We cannot let our guard down.”

Schuchat said CDC will continue to focus on protecting pregnant women and work closely with the Puerto Rican health department to support Zika surveillance and prevention efforts on the island, which is a U.S. territory.

A major outbreak of Zika began in Brazil in 2015 and spread rapidly to dozens of countries. There is no treatment for Zika, but private companies and governments are working on a vaccine.

In addition to Puerto Rico, the CDC has warned of a risk of Zika infection for travelers going to Mexico, Cuba, most of the Caribbean and South America, as well as parts of Africa and Southeast Asia. http://bit.ly/2m50Lf7

Locally transmitted Zika cases have also been reported in Texas and Florida.

(Reporting by Julie Steenhuysen in Chicago; Editing by Lisa Shumaker and Jonathan Oatis)