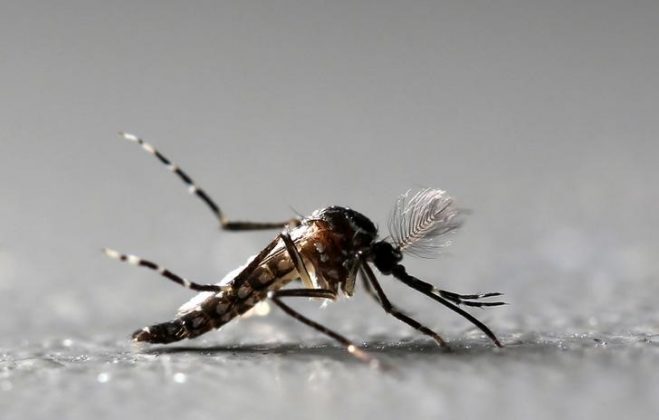 LONDON (Reuters) – Scientists in Britain plan to harness the Zika virus to try to kill brain tumor cells in experiments that they say could lead to new ways to fight an aggressive type of cancer.

The research will focus on glioblastoma, the most common form of brain cancer, which has a five-year survival rate of barely 5 percent.

Zika causes severe disability in babies by attacking developing stem cells in the brain – but in adults, whose brains are fully formed, it often causes no more than mild flu-like symptoms.

In glioblastoma, the cancer cells are similar to those in the developing brain, suggesting that the virus could be used to target them while sparing normal adult brain tissue.

Experts say existing treatments have to be given at low doses to avoid damaging healthy tissue.

Researchers led by Harry Bulstrode at Cambridge University will use tumor cells in the lab and in mice to assess Zika’s potential.

The mosquito-borne virus has spread to more than 60 countries and territories in a global outbreak that was first identified in Brazil in 2015.

“Zika virus infection in babies and children is a major global health concern, and the focus has been to discover more about the virus to find new possible treatments,” Bulstrode said in a statement.

“We’re taking a different approach, and want to use these new insights to see if the virus can be unleashed against one of the hardest-to-treat cancers …

“We hope to show that the Zika virus can slow down brain tumor growth in tests in the lab,” Bulstrode added. “If we can learn lessons from Zika’s ability to cross the blood-brain barrier and target brain stem cells selectively, we could be holding the key to future treatments.”