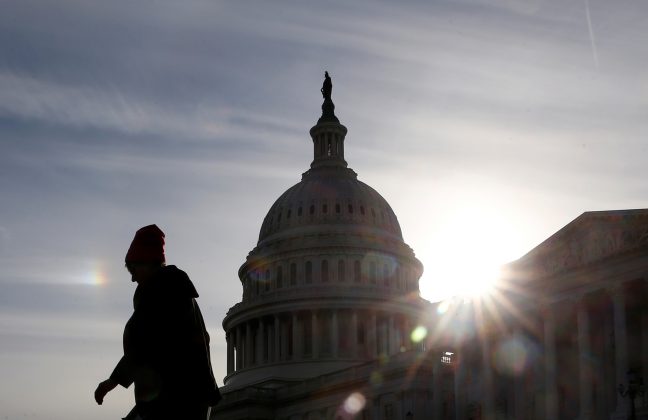 A visitor walks by the U.S. Capitol on day 32 of a partial government shutdown as it becomes the longest in U.S. history in Washington, U.S., January 22, 2019. REUTERS/Jim Young