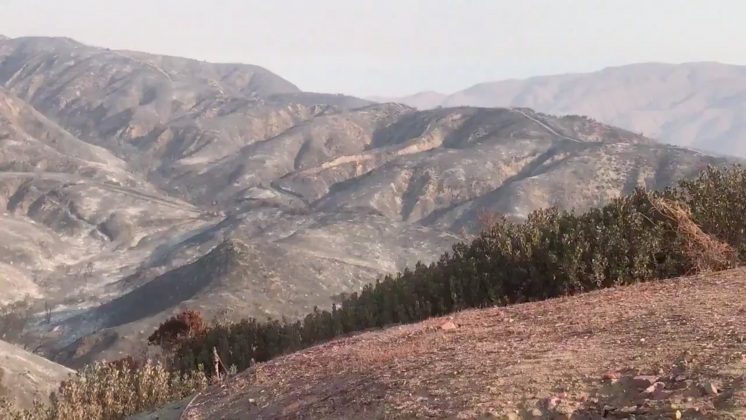 FILE PHOTO - A general view of the aftermath from the Holy fire, in McVicker Canyon, California, U.S., August 11, 2018 in this still image from social media obtained on August 12, 2018. CARLA HARPER/via REUTERS