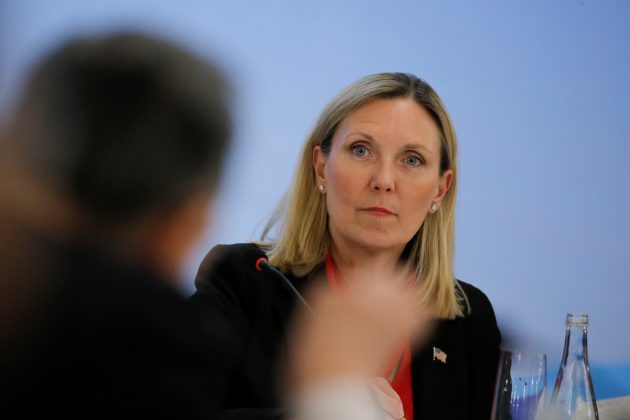 FILE PHOTO: U.S. Under Secretary of State Andrea Thompson attends a panel discussion after a Treaty on the Non-Proliferation of Nuclear Weapons (NPT) conference in Beijing, China January 31, 2019. REUTERS/Thomas Peter/Pool