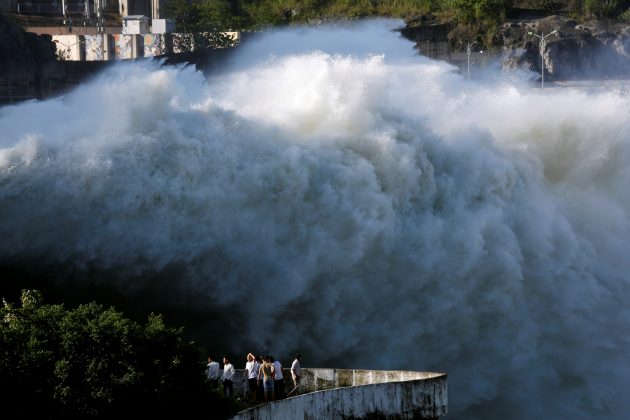 HANOI (Reuters) – Heavy rain in northern and central Vietnam triggered floods and landslides that killed 46 people and 33 people were missing in the worst such disaster in years, the search and rescue committee said on Thursday.

Vietnam often suffers destructive storms and floods due to its long coastline. More than 200 people were killed in storms last year.

“In the past 10 years, we haven’t suffered from such severe and intense floods,” state-run Vietnam Television quoted agriculture minister Nguyen Xuan Cuong as saying.

“Our entire village has had sleepless nights…it’s impossible to fight against this water, it’s the strongest in years,” a resident in northwestern Hoa Binh province was quoted by VTV as saying.

Some 317 homes had collapsed, while more than 34,000 other houses were submerged or had been damaged.

Hoa Binh province in the northwest declared a state of emergency and opened eight gates to discharge water at Hoa Binh dam, Vietnam’s largest hydroelectric dam, the first time it has done so in years, VTV reported.

Floods have also affected seven of 77 provinces in Thailand, Vietnam’s neighbor to the west, the Department of Disaster Prevention and Mitigation said on Thursday. More than 480,000 hectares (1.2 million acres) of agricultural land have been hit, the department said.

Thailand is the world’s second-biggest exporter of rice.

“It is still too soon to tell whether there will be damage to rice crops because most of the rice has already been harvested,” Charoen Laothamatas, president of the Thai Rice Exporters Association, told Reuters.

In 2011, Thailand was hit by its worst flooding in half a century. The floods killed hundreds and crippled industry, including the country’s key automotive sector.