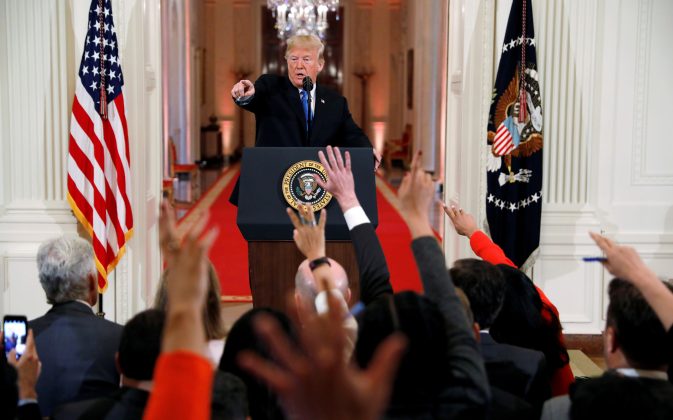 Trump, in a tweet, said he would hold a news conference about the census on Thursday afternoon. The White House said Trump would make remarks on citizenship and the census at 5 p.m. (2100 GMT).

The administration’s attempts to add the contentious question have been blocked in the courts because of challenges from some U.S. states and civil rights groups.

The census is used to determine how many seats each state gets in the U.S. House of Representatives and also affects how billions of dollars in federal funds are doled out across the country.

Critics say that asking about citizenship in the census discriminates against racial minorities and is aimed at giving Republicans an unfair advantage in elections. Trump and his supporters say it makes sense to know how many non-citizens are living in the country.

The administration was still ironing out the details of the action, which was likely to be an executive order, one of the officials said.

Trump and his administration’s efforts to add a question to the nation’s once-a-decade population survey have become embroiled in a legal fight not only over plaintiffs’ opposition but also over the Department of Justice’s handling of the cases.

The case had already made its way to the U.S. Supreme Court, which last month ruled against the Republican president’s first attempt to add the question, saying the administration’s rationale was “contrived” but leaving the door open to its possible addition if officials could offer a new explanation.

Since then, the Justice Department has sought to shake up its legal team by replacing the lawyers handling the case. On Wednesday, a second federal judge rejected the department’s efforts, saying it had to offer detailed reasoning for the change.

Attorneys within the Trump administration have been studying the census issue and intend to keep the president’s order within the confines of the Supreme Court decision, but they are cognizant that whatever action he takes is likely to be challenged in court again.

The U.S. Constitution specifically assigns the job of overseeing the census to Congress, limiting a president’s authority, which could complicate any effort to add the question via presidential missive.

Trump is insistent that the question be added to the census despite the legal challenges.

Democratic U.S. Senator and 2020 presidential candidate Amy Klobuchar on Thursday said the Census should not ask about citizenship status and that Trump and his administration’s were pushing it “for political reasons.”

“Now I guess you have the president looking for rational behind every painting and under every sofa in the Oval Office. But the truth is they don`t have a rational,” she told MSNBC, adding that any executive action would likely be illegal.