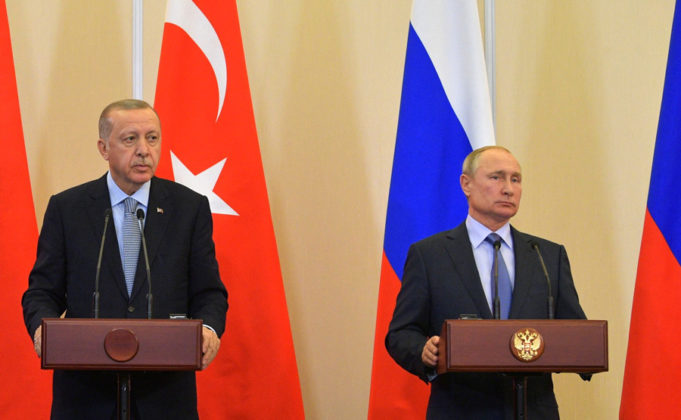 The West's appeasement will, unfortunately, only embolden Turkish President Recep Tayyip Erdoğan and push him further into the Russian orbit, both politically as a covert ally and militarily as a client of critical weapons systems. Pictured: Erdoğan holds a press conference with Russian President Vladimir Putin on October 22, 2019 in Sochi, Russia. (Image source: kremlin.ru)