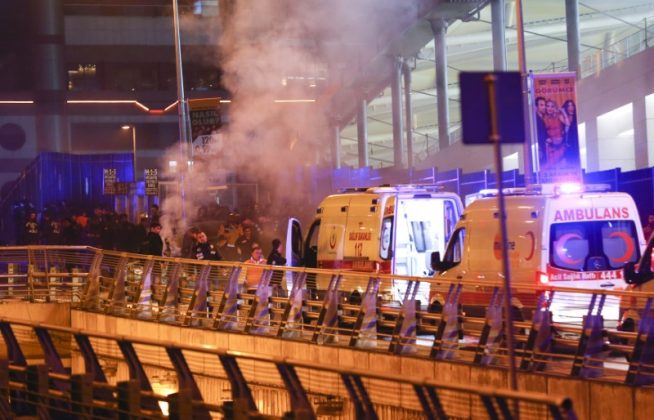 Police and ambulances arrive at the site of an explosion in central Istanbul, Turkey, December 10, 2016. REUTERS/Murad Sezer

Twin bombs — one planted in a car and the other strapped to a suicide bomber — exploded in an attack outside the stadium of Besiktas soccer club in central Istanbul on Dec. 10, killing 44 people and wounding 155.

“One of the suspects detained in the operation had carried out reconaissance work before the December 2016 bombing, and had jumped and fled the car shortly before it was detonated,” Istanbul governor Vasip Sahin told reporters.

The other suspect detained has been identified as the organizer of a July 2016 attack against a police bus that killed 11 people, including civilians and police officers, and left 36 people wounded.

The Kurdistan Freedom Hawks (TAK), an offshoot of the militant Kurdistan Workers Party (PKK), claimed responsibility for both attacks.

The PKK, listed as a terrorist organization by Turkey, the EU, and the U.S., has fought a three-decades-old insurgency in Turkey in which more than 40,000 people have been killed.