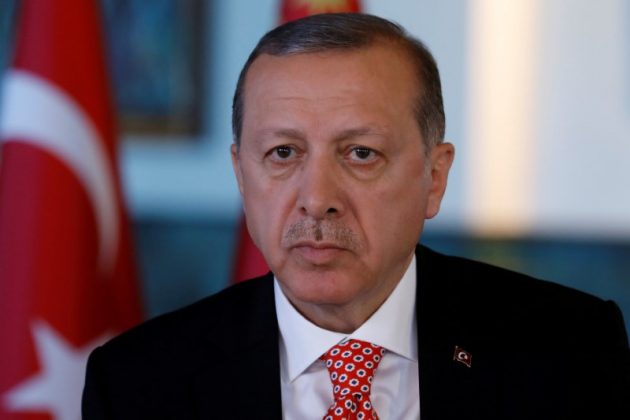 ANKARA (Reuters) – Turkey’s main opposition staged a sit-in on Thursday to protest against proposed changes to parliamentary procedure that it says will restrict lawmakers’ ability to challenge President Tayyip Erdogan’s ruling AK Party in the assembly.

The move comes amid mounting concerns among opposition parties, human rights groups and Turkey’s Western allies that Erdogan is using a crackdown on suspected supporters of last year’s failed military coup to stifle all dissent.

Members of the secularist Republican People’s Party (CHP) said the planned changes – which include shortening the time allotted to discuss bills and punishment for lawmakers who make “illegal references” to Turkey’s regions in parliament – would limit their freedom of expression.

Under the changes, lawmakers can vote to ban for three sessions fellow parliamentarians who use expressions such as “Kurdistan” or “Kurdish provinces”. Members of the pro-Kurdish HDP opposition frequently use the terms in reference to the largely Kurdish southeast, angering Turkish nationalists.

“In reaction to the opposition’s voice being cut, the CHP group is not leaving parliament tonight,” senior party deputy Ozgur Ozel told the assembly, after most of the proposed changes were approved by Erdogan’s AKP and its nationalist allies on Wednesday evening.

“Their goal is to strengthen President Erdogan and disable parliament,” Ozel later told Reuters, vowing to challenge the reform in the constitutional court. The pro-Kurdish HDP said it supported the CHP protest.

Erdogan’s AKP says opposition deputies exploit parliamentary regulations to frustrate the assembly’s legislative activities. Fourteen articles of the 18-article bill have so far been passed, with the remainder expected to pass on Thursday.

CHP leader Kemal Kilicdaroglu this month completed a 25-day march from the capital Ankara to Istanbul to protest the state crackdown on suspected supporters of the coup.

Some 150,000 people have been sacked or suspended from jobs in the civil service, police, military and private sector and more than 50,000 people detained for suspected links to the failed coup.

The government says the moves are necessary because of the severity of the security threats Turkey faces, including from Kurdish militants.

Militants from the Kurdistan Workers Party (PKK) launched an insurgency in 1984 and more than 40,000 people have been killed in the conflict since. The PKK is designated a terrorist group by Turkey, the United States and European Union.