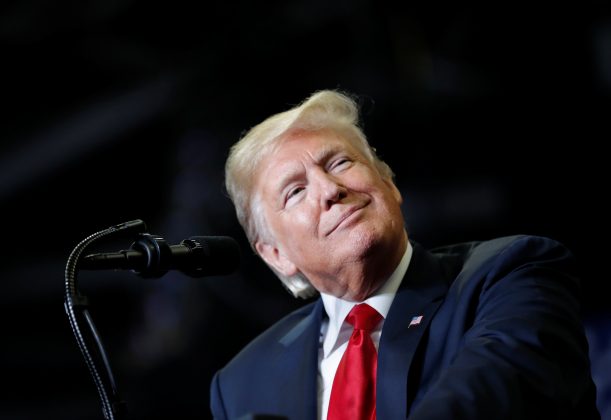 U.S. President Donald Trump speaks at a campaign rally on the eve of the U.S. mid-term elections at the Show Me Center in Cape Girardeau, Missouri, U.S., November 5, 2018. REUTERS/Carlos Barria