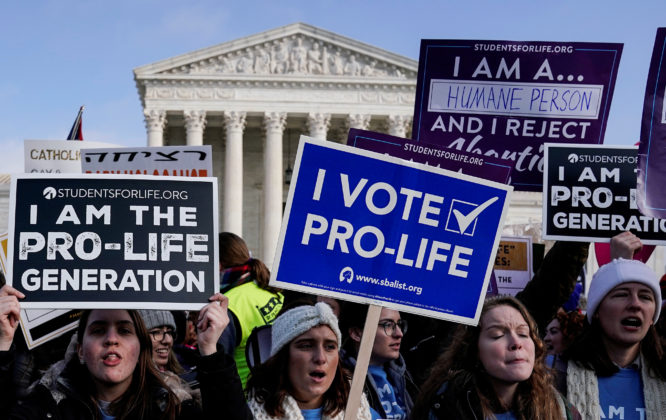 WASHINGTON (Reuters) – A U.S. appeals court on Tuesday ruled that Texas can enforce limits on the ability of women to obtain abortions as part of the state’s policy requiring postponement of non-urgent medical procedures during the coronavirus pandemic.

A three-judge panel of the New Orleans-based 5th U.S. Circuit Court of Appeals on a 2-1 vote threw out a federal judge’s order issued last week that had blocked the state’s action. The appeals court had earlier temporarily put the district judge’s ruling on hold.

The appeals court action allows state officials to continue to enforce the restrictions that were part of an emergency order issued by the state’s Republican governor, Greg Abbott. The state says abortion providers are covered under a provision requiring postponement of non-urgent medical procedures as healthcare providers focus on battling COVID-19, the illness caused by the novel coronavirus.

Abortion providers that challenge the state’s order could now turn to the Supreme Court, which has a 5-4 conservative majority.

“This is not the last word. We will take every legal action necessary to fight this abuse of emergency powers,” said Nancy Northup, president of the Center for Reproductive Rights, an abortion rights group representing clinics in the case.

Texas and other states that previously pursued abortion restrictions have sought to crack down on their availability during the pandemic, prompting a series of court battles. On Monday, the Cincinnati-based 6th U.S. Circuit Court of Appeals declined to block a similar district court ruling that prevented the state of Ohio from banning abortion procedures.

Duncan, who was appointed to the bench by Republican President Donald Trump, concluded that the state must prevail “given the extraordinary nature of these errors, the escalating spread of COVID-19 and the state’s critical interest in protecting the public health.”

Yeakel had ruled that Paxton’s action “prevents Texas women from exercising what the Supreme Court has declared is their fundamental constitutional right to terminate a pregnancy before a fetus is viable.”

Abortion providers including Whole Woman’s Health and Planned Parenthood sued to block the Texas policy after clinics said they were forced to cancel hundreds of appointments for abortions across the state. They note that abortions are time-sensitive, with Texas banning abortions 20 weeks after fertilization.

The restrictions violate the right to abortion under the U.S. Constitution as recognized by the U.S. Supreme Court in its 1973 Roe v. Wade decision, the abortion providers argued.